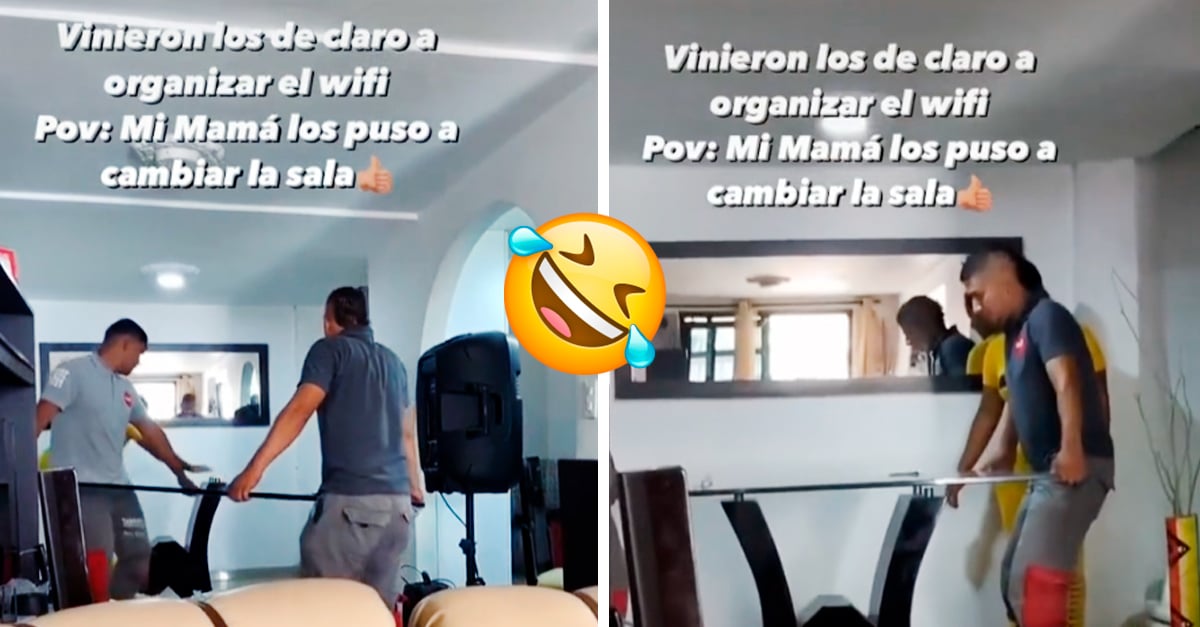 Every housewife tries to keep things in order and looks for the way in which her furniture looks in the best possible way. This is something that this Colombian mother is very clear about, who took advantage of the fact that the Internet service technicians went to check the Wi-Fi and then put them to rearrange the living room and dining room of her home.

Recently, a video shared by Gabriel began to circulate on networks, a Colombian boy who, through his TikTok account, exposed the exact moment in which, with great enthusiasm, his mother directs the Internet system service employees to the room where do you want to put the dining room of your house.

Under the text “Claro came to organize the Wi-Fi. POV: My mom made them change the room”, the recording of only 15 seconds shows how the woman puts a dining base on the floor and then two men are seen placing a piece of glass with extreme care on the support.

Those from Claro came to fix the internet and my mom had them fix the living room.

In the comments, Gabriel assured that they did not do him a “free” favor, since in the end, the technicians had their reward and took a delicious breakfast to regain strength.

This boy’s experience made many users feel identified, so the video soon went viral and not only added 4.3 million views, but was also filled with thousands of comments from people telling their experiences with both their mothers and with internet technicians.

Comments such as: “One day, a boy came to install the internet for us and stayed talking and my mom gave him pears and he ended up being my boyfriend”, “Once we were delivering furniture and they made us move a dead lady” and “A Once some Mormons came to my house and my mom had them paint the house and offered them a beer”, are the most popular.

The boy’s clip was only the means that many people took advantage of to tell their anecdotes, ensuring that Gabriel’s mother is not the only one who sees the opportunity and takes advantage of it. And you? Do you have a similar experience?

Christian Bale could restart one of his biggest failures

Video: José María Torre opens the doors of his house and shows off his spectacular closet