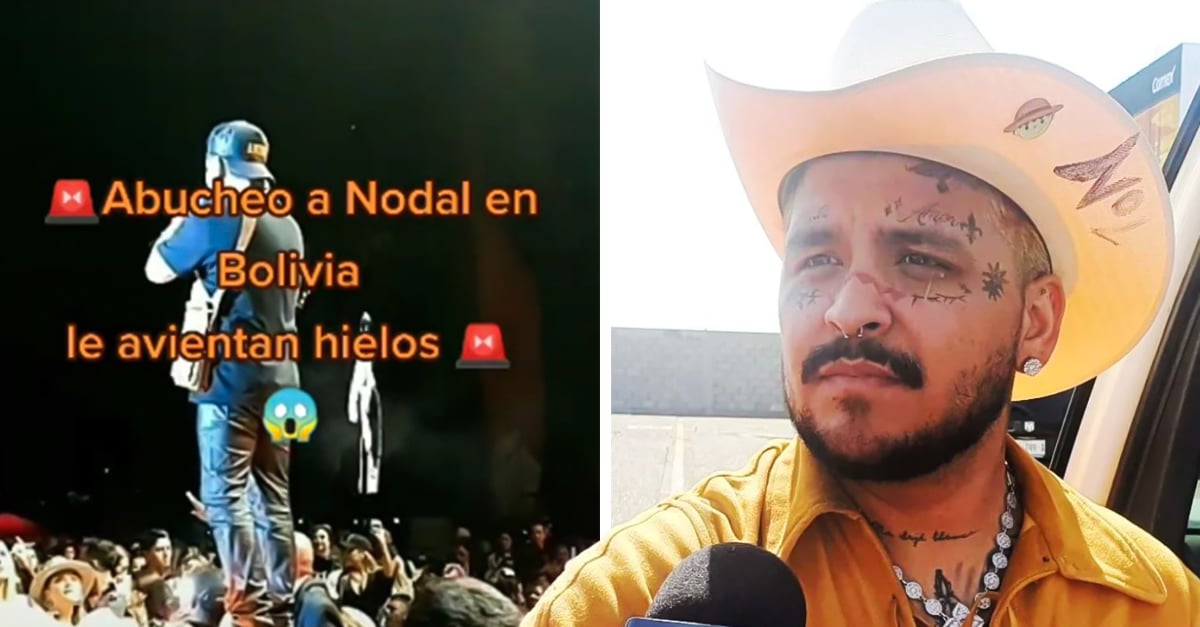 Once again, Christian Nodal is involved in a new controversy. In his most recent concert at the Real Santa Cruz Stadium, in Bolivia, as part of his tour Outlaw, the singer of the Mexican regional did not have a good time after some dissatisfied fans they booed him and threw ice at him for being late on stage, a fact that caused his annoyance.

According to videos circulating on social networks, the singer exploded against the attendees when they threw ice at him shortly after starting his presentation, so he addressed them to demand respect. In addition, he asked his security team to remove those responsible and return the money they paid for their tickets.

Take them out to hell and pay them for their ticket, they’re not throwing ice at me because I respect them and they’re not respecting me. Respect please.

After the uncomfortable event, the interpreter of Goodbye Love thanked the fans that they are understanding and that they do support him. However, this was not the only incident that the exponent of the mariacheño experienced during his time in Bolivia, because, surprisingly, he canceled the Show planned in La Paz, on June 19, just a few hours before the presentation.

According to a statement released on the social networks of the Sonoran singer and his record company, the cancellation was due to an alleged “breach of contract” outside Christian Nodal and the company that represents him:

We regret to communicate this fact that completely exempts the artist and the company that represents him from responsibility.

DC League of Super-Pets What are your post-credit scenes about?