They send their puppy to camp and return it cremated 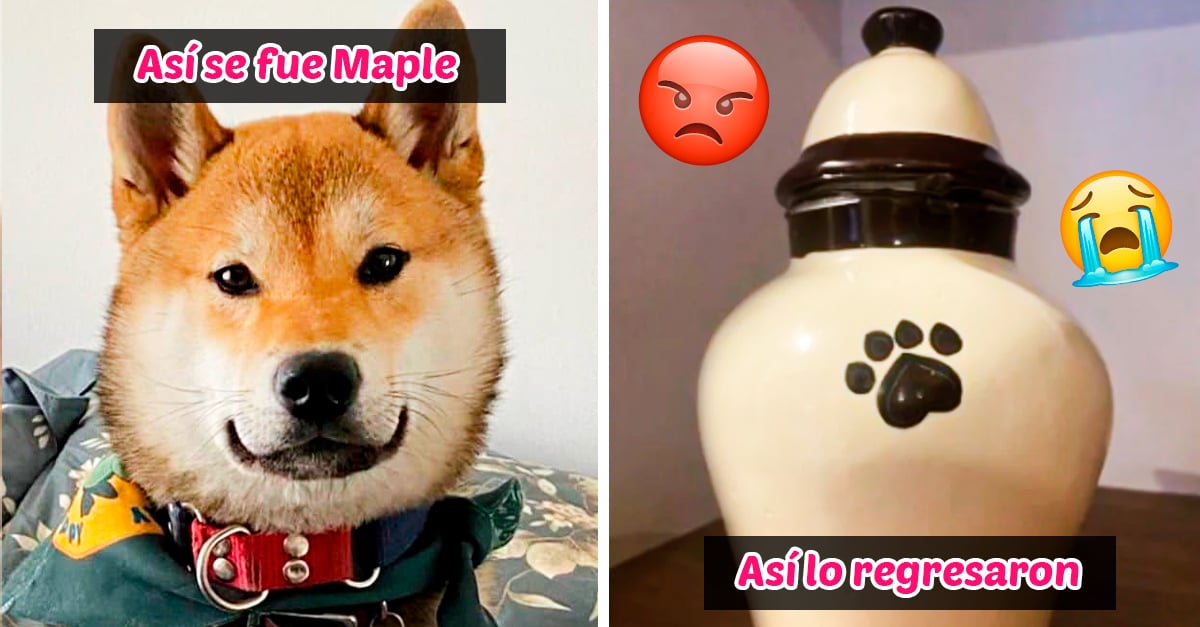 Lomitos are more than a pet, they are part of our heart, our family and our memories, so it is not surprising that we raise our voices when something bad has happened to them, as in the case of Adriana Mondragón, who sent her puppy Maple to boot camp and sadly received him cremated in an urn.

Mondragón denounced the situation on social networks and held Antonio Ávila López, in charge of the project, responsible. You can dog trainingabout what happened to your pet. Although her complaints are already echoing on the internet, the young woman has not received a clear answer as to what happened to Maple, but she will not give up until she obtains justice.

Mondragón made his complaint through Instagram, a social network in which he narrated what happened in great detail.

We loved Maple, she was always happy, she just had trouble interacting with other puppies. So we looked for a trainer for him and we found Antonio Á., who has an Instagram profile called ‘You can dog training’.

We had several sessions, Maple was making progress and one day he offered to take us to his camp, he told us that through flood therapy he would improve. After much thought, we accept.

Maple returned home. He had learned some things, but according to Antonio, Maple needed to reinforce what he had learned and asked us to take him with him for two more weeks of camp. We accept again.

This Sunday, July 10, Maple returned. We already wanted to see him, we wanted to take him to the forest. But none of that happened…

Today, at 1:05 am, Valeria J., Antonio’s girlfriend, wrote me, telling me that he was on his way to the vet because Maple had screamed and they thought he had been bitten by a snake. At 1:33 am they told us that they had transferred him to a clinic because they did not have an antiviperin and that it was very difficult to obtain. We ask for the address of the clinic. They never wanted to give it to us.

At 3:26 am, Val texted me: ‘Adri, I’m not getting the call. They told us that due to her age and the bite she did not resist ‘. He told us that they were going to cremate him and we did not authorize it, we forbade it. We went to the address where his camp is, because once again they refused to give us the address of the clinic.

At 3:55 am they asked us to meet at Deportivo Xochimilco. At 4:20 am we were already there, they got out of their truck, apologized and gave us their ashes in an urn. We asked them to take us to the clinic and they refused every time. There were no photos. They didn’t want to take us to their vet. We don’t know if the way he died is real. We don’t know if it was stolen or what happened. They didn’t even give us his plaque.

And do you know what they did? They got in their truck and left, they blocked me from WhatsApp.

Various animal protection associations have approached Mondragón with the intention of guiding her in her process and providing help in the face of what happened. Unfortunately, the person she points out as responsible is hidden, does not answer calls and has even closed her social networks, both personal and those of the camp.

We still have many questions: Who was the vet who treated Maple? In which clinic? Why did they refuse to take us or let us go? Why is there no photo to prove the accident? Why didn’t they give us a death certificate or something to prove her death? And, above all, is it possible that at 3:26 am we were notified of her death and at 4:24 am they already had her ashes in an urn?

For his part, Mondragón continues to express doubts about Maple’s death and wholeheartedly asks that justice be done for what happened.

This is Camp Kilpatrick, the California prison where Kim Kardashian spent Thanksgiving

Victoria Ruffo and her husband send a recovery message to Eugenio Derbez: “Don’t do nonsense anymore”

Do you like to send audios? WhatsApp answers with a definitive guide

Paris Hilton was sexually abused at a school at 17

Ángela Aguilar: this is how the young singer has changed and we show you her before and after in PHOTOS

Reboot (2022) Review: a hilarious comedy from the creator of ‘Modern Family’ on Disney +, somewhat comfortable in his meta-television commentary

the warmest UGG boots that will be our favorite footwear