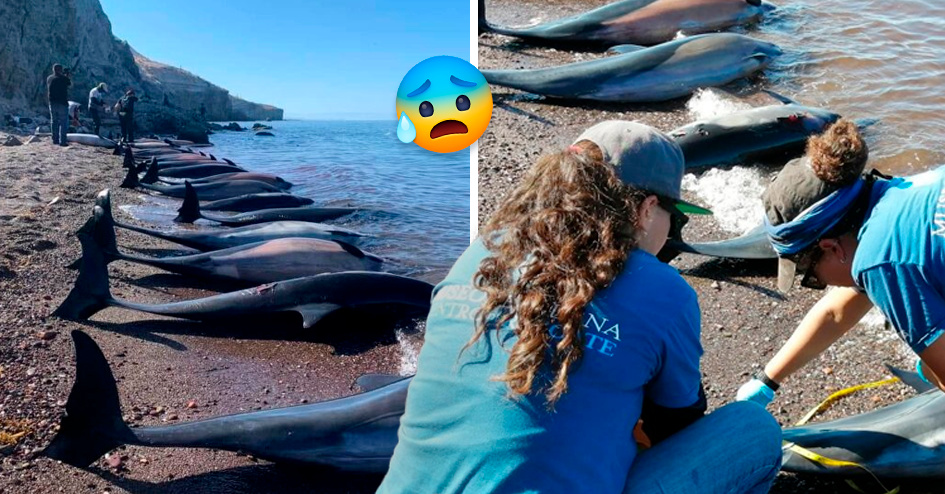 On May 26, authorities from the state of Baja California Sur, in Mexico, found at least 30 dead dolphins on the shores of the Sea of ​​Cortez, in La Paz. After announcing the report, environmental authorities and civil organizations went to the place, located north of the state capital, where everything seems to indicate that the animals had died a day earlier.

According to the information shared by the EFE Agency, members of the Federal Environmental Protection Agency (PROFEPA) in coordination with the Network for Stranding of Marine Mammals for the Coasts of Baja California Sur were in charge of accounting for the dolphins, which Although some were found dead on the shore of the beach, many others had to be removed from the sea, since they were found floating on the shore of the beach.

Given the discovery, during an interview for EFE, the executive director of the Museum of the Whale and Sciences of the Sea, Francisco Javier Gómez, commented that some of the specimens found were in an advanced state of decomposition, which makes them understand that these dolphins did not reach the beach alive, at least not all of them.

Within this group of the 28 that we have here, there are two that look very fresh, maybe they are the last ones that died, maybe those were still alive today.

As for the two specimens that are not in a state of decomposition, the authorities assured that they were taken to the Museum of Whale and Marine Sciences to perform an autopsy that allows them to clarify the causes of their death.

Although the reason that caused the death of the dolphins is still unknown, there is a theory that it is possible that there are killer whales in the area, since the animals do not have injuries caused by shocks or rubbing against the stones.

For its part, the specimens found in a state of decomposition will be buried in the area of ​​the discovery.