They discover drugs in sponges against Alzheimer’s and covid-19 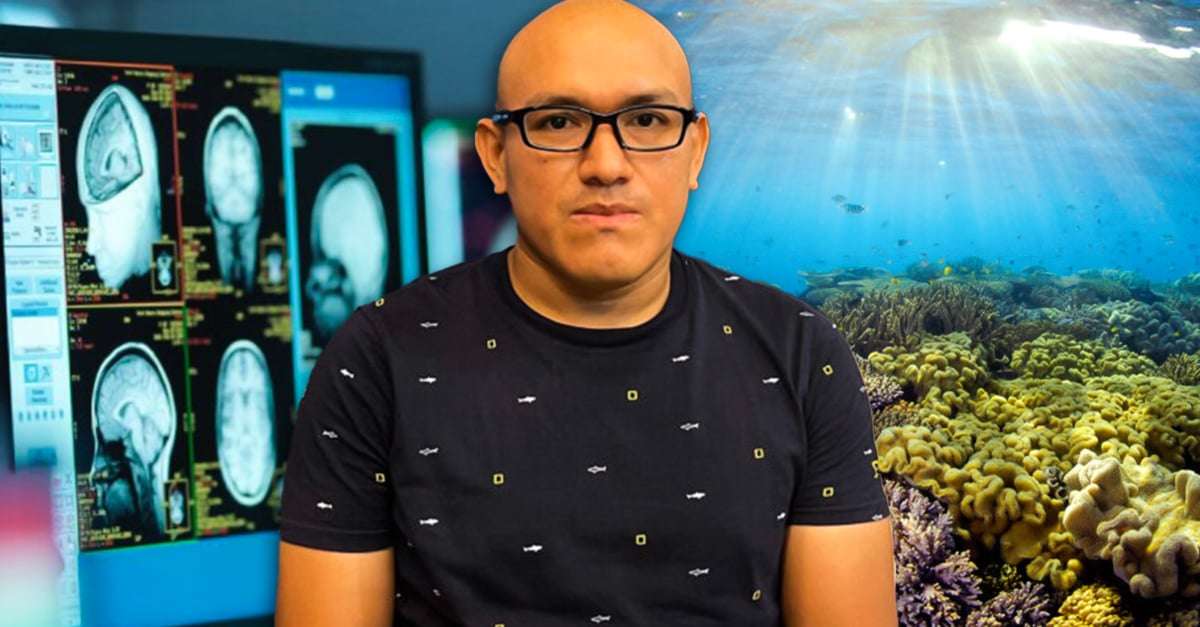 Despite the great advance that medicine has had in terms of technology in recent years, there are still diseases that, no matter how much the appropriate treatment has been sought, simply have not been able to find a cure. That is why scientists do not get married and continue their research to find the right treatment to end each of these evils.

An example of this is Dawrin Pech Puch, a Mexican biologist who recently went viral for announcing that the molecules of marine sponges found in the Yucatan Peninsula, southeast of Mexico, could be a key piece to create drugs that help fight diseases. like Alzheimer’s and covid-19.

The 30-year-old marine biologist has focused on researching and searching for drugs in different marine species, since, as he explained, the organisms that inhabit the sea develop skills and strategies to survive.

My research focuses on the exploration and search for drugs in various marine species and it turned out that the molecules can also help fight cancer cells and multi-resistant bacteria that are in hospitals.

That was how, while studying his post-doctorate at the Autonomous University of Yucatan (UADY) and sponsored by universities in Spain, the United Kingdom, Germany, Portugal and Mexico, he remembered that his country is a nation rich in biodiversity, for which he gave himself to the task of exploring the coasts of the Yucatan Peninsula to analyze its marine species.

Dawrin Pech Puch discovered that sea sponges are the main source in the production of new drugs because they sometimes use their molecules to feed themselves, defend themselves against predators and even compete with each other.

Recently, he highlighted that the molecules they have isolated from various types of sponges have anti-inflammatory properties that could treat Alzheimer’s, while another pair turned out to have antiviral potential to combat the virus that causes covid-19.

The coasts of the Yucatan Peninsula have a peculiarity: being surrounded by the waters of the Gulf and the Caribbean, organisms develop skills and strategies to survive. These tissueless animals are made up of bundles of cells and inhabit various depths ranging from zero to thousands of meters.

The main function of its research is to make the most of the properties of these aquatic organisms, which have inhabited the marine environment for millions of years and are essential in the creation of new drugs.

Pech Puch regrets that there is no catalog to quantify the various species of marine sponges, since with the help of that they could create strategies that would help conserve them and study them even more, as he assures that in his research on the coasts of Yucatan, Quintana Roo and Belize worked with at least 65.

It is worth mentioning that today it is common for medicines that are used directly to be natural products made from marine origin, among which the one known as conid or mollusk stands out, which is considered a drug that is 20 or 50 times more stronger than morphine.

For this reason, realizing the incredible properties that sea sponges have and knowing how little explored they were, the Mexican researcher has taken it upon himself to study them and follow a chemical process to obtain the best of each molecule.

From a mixture of solvents we manage to break the cells and extract the compounds of interest and continue with an isolation process using chromatological tools that are basically separation strategies to isolate each molecule.

The native of Tixkokob, Yucatán, in collaboration with the Biomedical Institute and the Center for Scientific Research, both from Spain, assured that the results of his research work are optimal and forceful, for which he will soon announce the new advances regarding his study regarding Alzheimer’s and covid-19.

Of 40 molecules, 10 register an antibacterial activity against four multiresistant bacteria, four against adenoviruses, five active against five types of cancer and two powerful drugs against the coronavirus.

René Franco is hospitalized in an emergency for covid-19

Discover why renting for individuals has so many advantages

The surprise for Lynda Carter with mariachi music

Transparencies, metal and black and white in the Bershka party looks to end the year with style

The true story of Beauty and the Beast