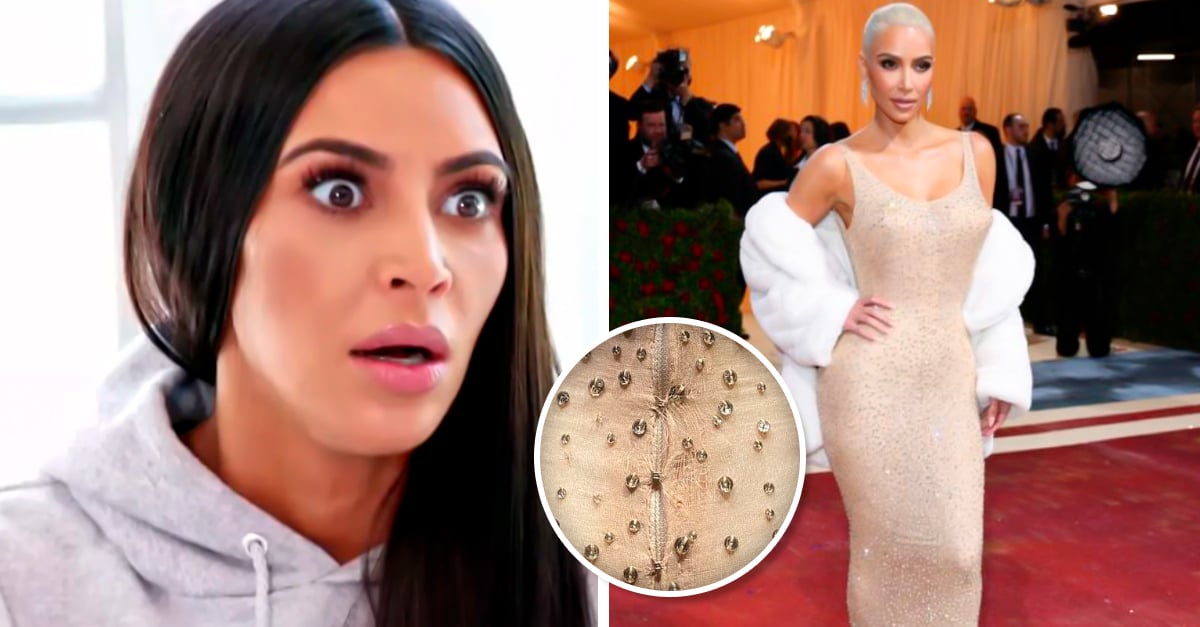 Through his Marilyn Monroe Collection Instagram account, private collector Scott Fortner has released some images that were sent to him by a visitor who saw the iconic Marilyn Monroe dress on display at Ripley’s Believe It or Not! and where you can see that the piece suffered havoc in its making after Kim Kardashian used it at the 2022 Met Gala.

The dress, created for Marilyn by Bob Mackie, became famous in 1962, when the actress wore it the day she serenaded President John F. Kennedy with a sexy rendition of “Happy Birthday, Mr. President.” Due to its historical value, it could not be altered. In addition, in 2016 it was auctioned for five million dollars, for which it is considered the most expensive dress in the world!

However, in the photos you can see small tears along the zipper and apparently it is also missing crystals, while others are hanging by a thread. Compared to pictures of the dress that Fortner says were taken in 2016, the 60-year-old dress appears to be damaged.

It must be remembered that several fans condemned and criticized that they have allowed Kim Kardashian or any other woman to use it. To this, Ripley’s museum issued a press release, stating that “Believe it or not! No alterations were made to the dress, and Kim even changed into a replica after the red carpet!”

Faced with the accusations, neither Kardashian nor the Ripley’s museum have issued any response. In addition, let us remember that several conservatives condemned the repetition of the iconic piece, such as the curator of the Met Costume Institute, who declared to L.A. Times that in the 1980s, a group of costume professionals got together to declare that the historical costume should not be worn and that their concern is that colleagues are now going to be pressured by important people to allow them to wear these garments.

14 Hairstyles with which your bangs will be the protagonist

Seven perfumes from El Corte Inglés in a mini version that are on sale and, due to their size, are ideal to carry in a carry-on suitcase