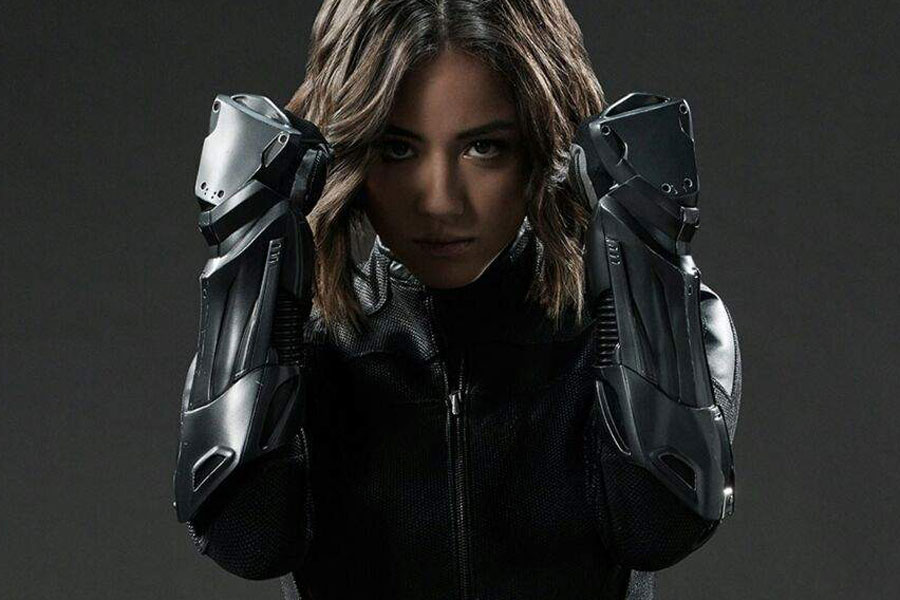 A new rumor indicates that Chloe Bennet could return as the SHIELD Agent known as Quake and join the MCU.

Although Agents of SHIELD has been part of the Marvel Cinematic Universe since its inception, and cameos with main characters from the Marvel movies, such as Nick Fury (Samuel L. Jackson), Maria Hill (Cobie Smulders), Peggy Carter (Hayley Atwell) and Ledy Sif (Jaimie Alexander), towards the end of the series, the plot lines of the program no longer crossed with what was happening in the cinema. It was even explained that the series belonged to an alternate timeline. Now, a new rumor suggests that Daisy Johnson / Quake, played by Chloe Bennet, would return to the MCU.

Do not stop reading: Top 10: The MCU cameos within Agents of SHIELD

The rumor comes from the MyTimeToShineHello Twitter account. When asked by a user about Bennett’s future as Quake, he replied, “It’s coming.” Although there is no talk of a possible series or movie project in which it would be incorporated.

As narrated throughout the seven seasons of Agents of SHIELD, the hacker known as Skye, named Daisy Johnson, discovered that she is an Inhuman with the power to create earthquakes, for which she acquired the code name of Quake.

The comic book character he is based on was created by writer Brian Michael Bendis and artist Gabriele Dell’Otto, and debuted in Secret War #2 (2004).

Agents of SHIELD was produced by Marvel Television, which at the time was headed by Jeph Loeb, independent of Kevin Feige’s Marvel Studios. Other series that this branch of Disney created were Agent Carter and Inhumans from ABC, Legion from FX, The Gifted from Fox, Runaways, Helstrom, MODOK and Hit-Monkey from Hulu, Cloak & Dagger from Freeforms and Daredevil, Jessica Jones, Luke Cage , Iron Fist, The Defenders and Netflix’s The Punisher.

In October 2019, Feige was promoted to Chief Creative Officer of Marvel Entertainment, and Marvel Television was absorbed into Marvel Studios.

Marvel Basics – The Amazing Spider-Man: What’s the Cost of Victory?

The sinister war between Doctor Octopus and the Vulture is about to turn Spider-Man’s life upside down! And the fact that “The King’s Rescue” and “The Chameleon Conspiracy” have done it twice already gives you an idea of ​​how difficult this latest crisis will be for the Wall-Crawler!

The two deadliest teams to ever exist go to war with Spidey and each other, but what is Kindred’s role in all this chaos and what is his terrible end? It is impossible to describe how intense and difficult this situation is for Peter Parker!

Chloë Grace Moretz stars in the series The Peripheral

These are some of the top Korean makeup products

Death of Queen Elizabeth II: The sign that would have revealed that the monarch had a few days to live