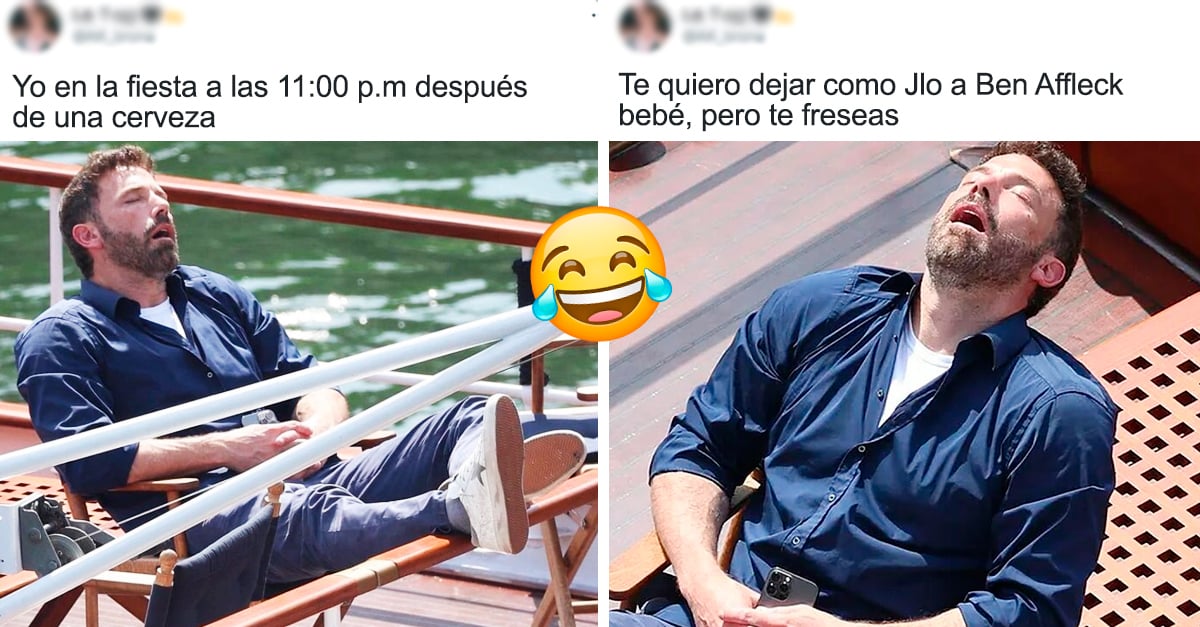 Since it became known that Jennifer Lopez and Ben Affleck resumed their relationship almost after 18 years, the couple has been in everyone’s sights, especially after they decided to take the next step and married on July 16, at three months into their engagement, in a private ceremony in Las Vegas, Nevada, United States.

Recently, the singer shared on her Instagram account photos of her obvious happiness at marrying Ben Affleck. However, right after, netizens started spreading a series of very creative and funny memes.

A few days ago, images of the couple celebrating their honeymoon in Paris were released, where we were able to capture the Batman interpreter taking a nap during his boat ride on the Seine River. The context of most of the memes is the alleged prenuptial agreement that Affleck received from Lopez, which includes a sexual clause. Although that rumor was born from the first time they got engaged, it is unknown if it remained the same before the wedding.

This gave rise to more memes being unleashed on social networks and we took on the task of looking for the best ones to liven up their day a little.

1. Some vitamins would not be bad

3. Do not fear success

4. The Dark Knight is tired

5. After a business day

7. When you need a vacation from the holidays

8. Of course it comes

9. You have to comply

10. My taquitos, with everything, please

14. And not even how to say that he is in his days

15. You let yourself be loved Ben

Natalia Jiménez sues her ex to travel with her daughter

we know where it’s from and how much it costs