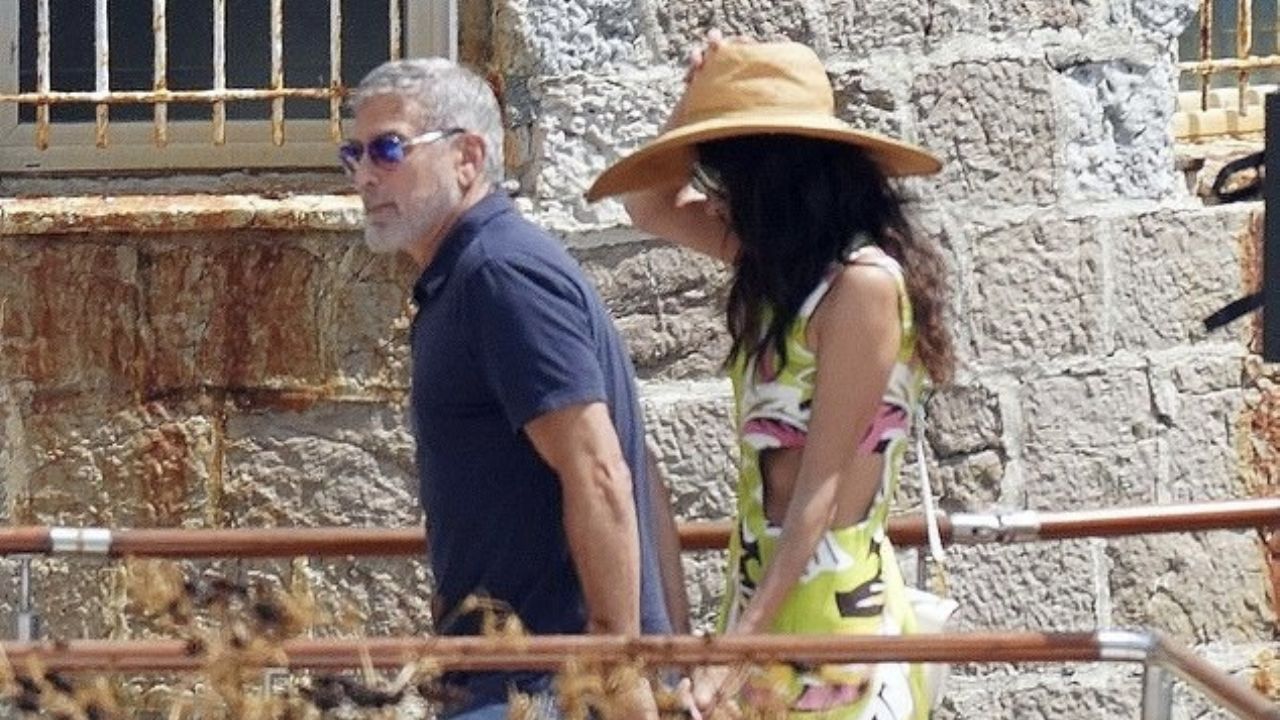 George Clooney and his wife Amal were caught enjoying a picnic lunch with their friends, supermodel Cindy Crawford and her husband Rande Gerber, in the south of France.

The 61-year-old American actor cut a relaxed figure in a black polo shirt and framed his face with blue-tinted sunglasses for his exit from La Colombe d’Or restaurant.

His wife, a 44-year-old human rights lawyer, was wearing a cut-out jumpsuit in bright colors including green, pink and white.

Amal completed her summer look with brown shoes, a stylish sun hat, a touch of red lipstick, and a white bag.

For her part, Cindy Crawford, 56, also wore a sun hat and looked stunning in a purple midi dress.

George and Rande have been friends for over 30 years and founded the Casamigos tequila company after conducting extensive research of some 700 samples.

The couple were making around a thousand bottles for themselves and their friends, when a distiller told them they needed a license to continue, and so the company was officially founded with another partner in 2013.

Four years later the company was sold for 700 million, but both George and Rande are still part of the operations.

The alfresco lunch comes after George and Amal reportedly spent €7.9m on a sprawling 425-acre estate in the south of France.

The property is located in Brignoles in the Var, known as Domaine de Canadel, which has a swimming pool, tennis court, and a 25-acre (10-hectare) vineyard.

The stunning home is also believed to be in close proximity to the Château Miraval in Correns owned by his friend Brad Pitt, meaning they’ll be neighbors while in Europe.