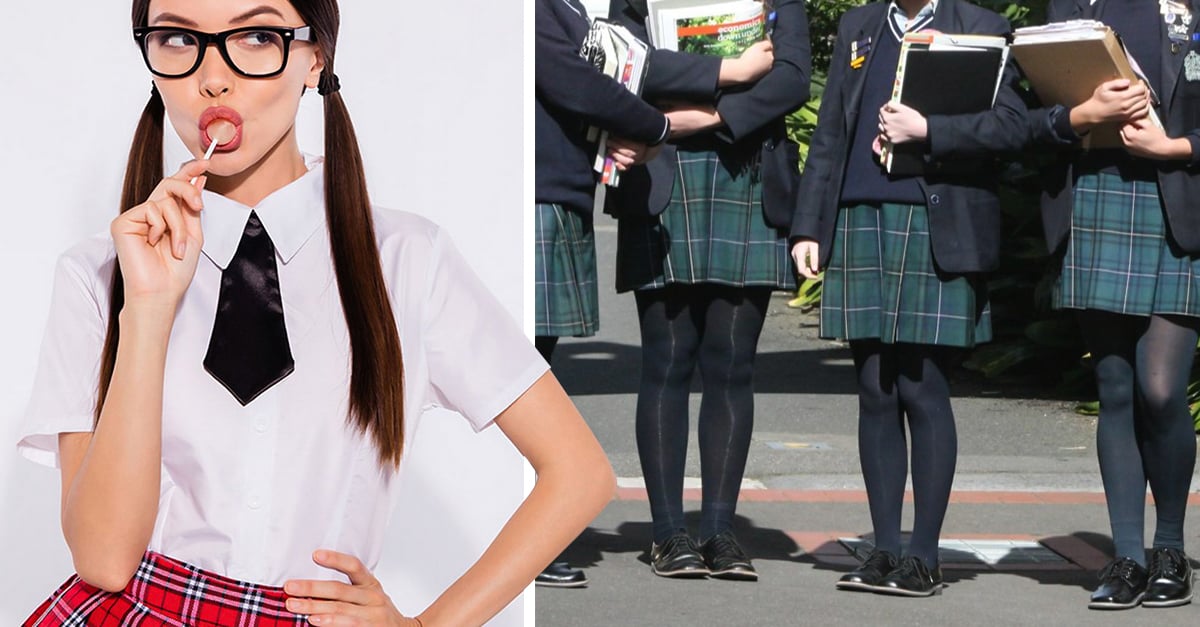 Despite the great progress and evolution that feminist movements have had against gender and sexual violence, every day there are new cases of femicide and violation of the freedom of many women in the world. These facts show us that there is still a long way to go to eradicate the strong security and sexualization problems that girls face on a daily basis.

The petition under the title “Ban school uniforms in sex shops and pornography” was launched through the website of the UK Parliament, on which the feminist group from Sandbach High School and Sixth Form College, based in Cheshire, England. , seeks to stop the harassment that its members have received while wearing a uniform.

It is disgusting that these establishments and companies apparently condone sexualization and fetishism in children. In the UK, most students wear school uniforms until they are 16 years old.

– Sarah Maile, professor and coordinator of the society of feminism

Sarah Maile, teacher and coordinator of the feminist group, assured that this request arises as a result of the problems that women and girls face today when wearing their school uniforms, since because they are displayed in stores and in adult videos, many men sexualize female students.

For this reason, they decided to take action on the matter and prevent sexual acts with children from being normalized, so their petition has the goal of reaching 10,000 signatures so that the government responds to their request and is considered for debate in parliament. .

It is wonderful to see the number of signatures going up, showing the difference our students are making. #Proud #makingadifference https://t.co/w52532r4zK pic.twitter.com/XFbOSRGm2f

It is wonderful to see the number of signatures increasing, showing the difference our students are making.

For now, the petition has accumulated 6,265 signatures in total and they have a deadline of November 9, 2022 to collect the rest. It should be noted that the application can only be signed by British citizens or residents of the United Kingdom.

After presenting the petition, the feminist group has received many testimonies from girls who have told them of their experiences of being insulted while wearing their school uniform, which has made them feel vulnerable and ashamed of the sexualized comments they receive.

The fact is that there is this sexualization of, in particular, young girls in school uniforms in pornography and in ‘sex shops’, that school uniforms are being sold as sex costumes. It’s very troubling and it makes young people feel uncomfortable and sexualized and it just perpetuates this idea that it’s okay to sexualize children.

Sylvester Stallone as a superhero already has a release date