They accuse the actress behind Luz María of fraud and theft 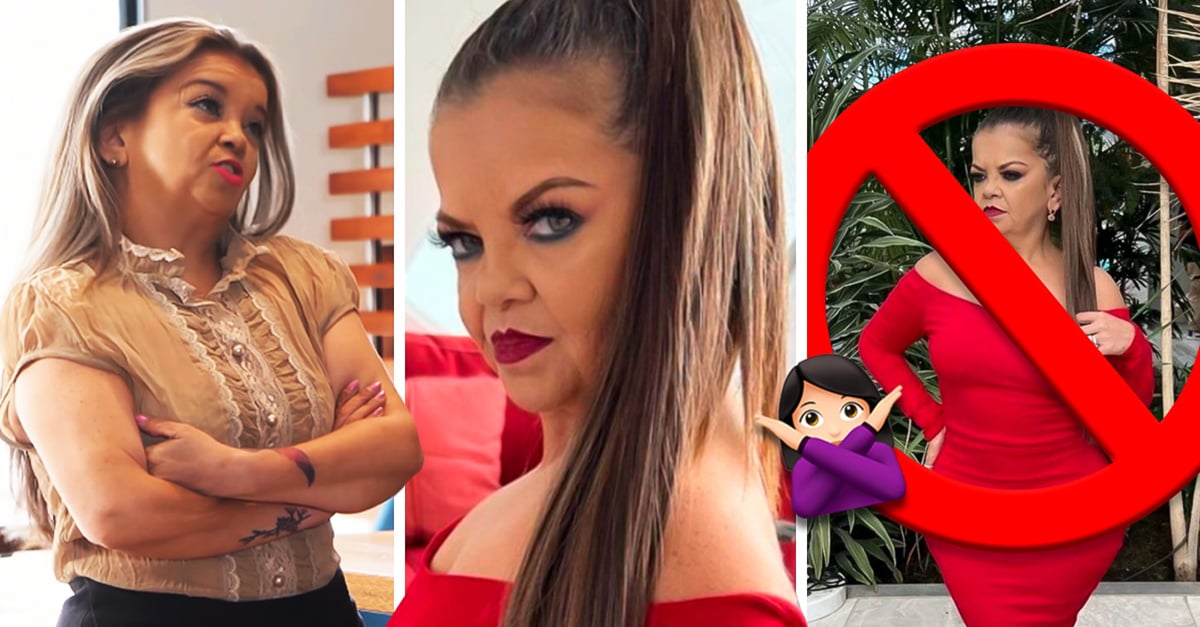 María José Villavicencio, known as the actress behind “the billionaire businesswoman” on Facebook, recently visited Mexico City to participate in the MTV MIAW 2022 awards. However, this would not be the only appearance for which she was hired, something that It didn’t happen and it caused everything to spin out of control.

According to Rodrigo Fragoso, head of the agency that coordinated Villavicencio’s visit in Mexico, the actress would have breached the scheduled contract and would have had homophobic behavior with both the staff and her followers.

Where was your LIGHT, MARIA?
TRANSPHOBIC, THIEF, arrogant, CLASSIST AND FRAUDULENT.

Fragoso published a letter indicating that after Villavicencio’s presentation at the Lx Locx Club, the actress and her manager began to yell at the team that accompanied them at the time because “they had to take care of María José’s image and they did not think she was taking pictures with boys without shirts and with men dressed cheaply and with clown makeup (referring to the LGBT+ community)”.

Subsequently, Villavicencio was taken to Xochimilco, where she and her team received aesthetic treatment, food and other gifts in exchange for uploading a story on networks thanking each thing obtained, “a situation that has not been fulfilled so far, defrauding all the sponsors”. It should be noted that the actress only uploaded a photo of a trajinera in Xochimilco, but she never mentioned the sponsors.

Fragoso also said that the actress asked them to produce three episodes of Luz Maria, life stories, with “luxury guests”. Sergio Mayer and Damaris Rojas participated in the first video, but at the end of the recording, Villavicencio approached the production team and asked them not to invite influencers that they looked like “prostitutes”, referring to Damaris.

In addition, Lady Santa, who was assigned as the actress’s makeup artist, commented that “when María José saw that she was a trans girl, she decided not to put on makeup with her and approached her sister to tell her that she did not like having contact with that type of people. ”.

The actress also asked for information about the places she would attend to sign autographs and knowing that these were from the LGBT+ community, the actress refused to attend under the allegation that “that was not her audience, that her audience was family, that he disagreed that all places were gay, that nothing else was going to burn.”

In addition to not going to the autograph signing, the actress had agreed on one last recording with Alfredo Adame and Alejandro Tommasi, but “she never came to the appointment, she did not answer the phone. At three o’clock she replied that she was in Valle de Bravo and that she should talk to Ecuamedios, her company representing her in Ecuador”.

Finally, Fragoso said that in addition to being transphobic, arrogant and rude, it turned out that María José Villavicencio was a fraud and a thief. She was working without a work visa, evading taxes from the Mexican government and worst of all: she took the money from the advance payments they made to her.

Fragoso pointed out that he has already started an investigation folder for fraud before the Mexico City Prosecutor’s Office and even notified the National Migration Institute of Villavicencio’s work activities without a work visa and tax evasion.

For their part, neither the actress nor her representative or agency have given a statement in this regard. However, the Mexican public has already canceled it.

Who? Avengers: The Kang Dynasty and Avengers: Secret Wars would have their first member

Alejandro Fernández boasts a new look and is thwarted with memes: “It looks like Mrs. de las Lomas”