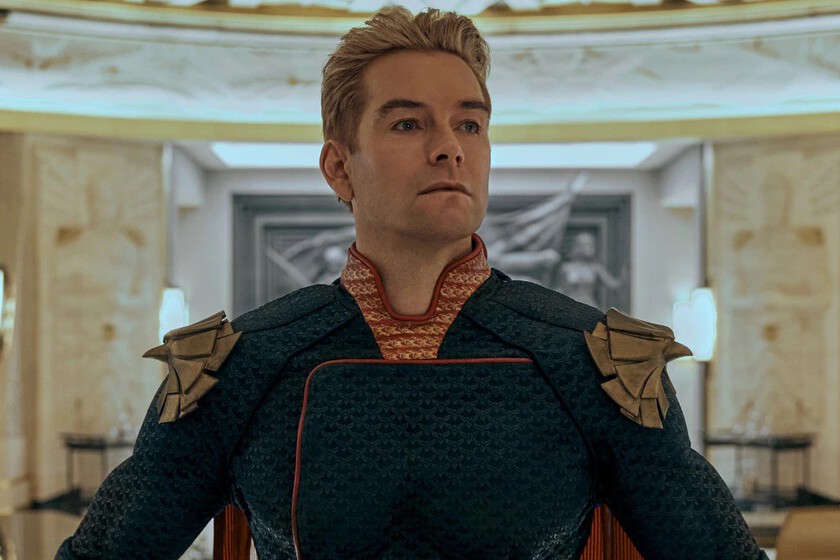 One thing that a priori seemed universally accepted is that Patriot (Homelander) is the great villain of the show in ‘The Boys’. That has not prevented the question from being repeated over the years as to whether it is possible to redeem the character played by Anthony Starrbut the third season of the Amazon Prime Video series is making it totally clear that this is not the case and some of the fans of ‘The Boys’, a priori all or almost all belonging to the alternative right movement, They don’t quite know how to react.

From Bush to Trump

As in the comics, politics has always had a relevant weight in ‘The Boys’, but its importance has grown significantly in recent episodes. Until now, the Amazon series had drawn certain parallels between Patriota and George Bushbut now they have gone a step further by andbasically compare it to donald trump

Even Starr himself spread a recent Rolling Stone article that said that Patriot is supposed to be Trump. The series hasn’t been able to make that any clearer with references to cancel culture or having minions of its own doing the dirty work getting rid of political or government rivals who might turn against it.

That has caused a cataclysm among a certain sector of the followers of ‘The Boys’, especially within the category dedicated to the series on Reddit. That has caused a barrage of suspended accounts, deleted messages and clarification of the rules, because it has reached a point where it was simply no longer acceptable to think about a possible redemption for Patriota. And it is that, as you have very well expressed Ryan Broderick via twitter, it seemed that this is simply what they were looking for:

They know it’s bad. They want it revealed that the bad guy is just misunderstood and then redeems himself so they don’t feel uncomfortable. Users complaining about The Boys Season 3 want Butcher and Patriot to high-five, agree to disagree, and then go fight the real bad guy. They want a tragic Patriot story so they don’t have to reflect on why they were so drawn to the character in the first place.

The truth is that it is not the first time that an inherently evil character has been adored by millions of viewers, but in the case of Patriota it seems that it has reached a totally different level. From the first episode it is clear that he is a being despicable and egotisticaland from there things continue to get worse to the point that it is worth saying that it is a dangerous and megalomaniac fascist. It was obvious, but it seems that we have had to go to some amazing extremes for some to understand it, but not before feeling surprised at it.

Review of Factor X Nº 2. The Fall of the Mutants

Do you remember everything about My ID is Gangnam Beauty?