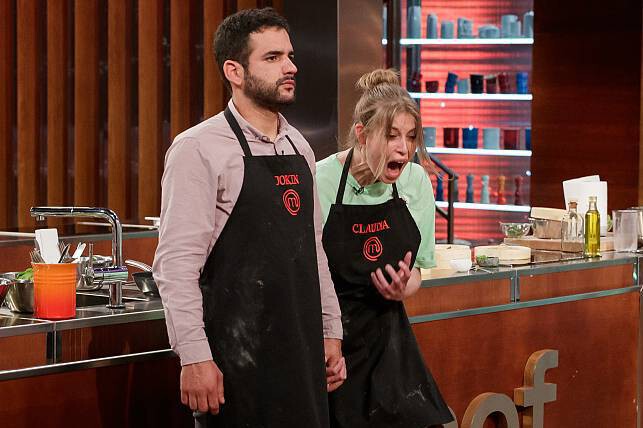 The end of ‘Masterchef’ is approaching and the kitchens are on fire. Although the gala began with a emotional reunionthat did not prevent there historical errors in carrying out the tests and that in the end one of the contestants fell defeated in the duels.

problems in the kitchen

Last night’s episode kicked off with a first test in which the contestants reunited with their relatives and cooked their favorite dishes, and moved to Madrid for the outdoor test. At Paco Roncero’s cooking school, the contestants “passed an exam” to decide the teams.

The red team, with the worst grades, took care of the mullet and dessert, while the blue took care of the soup and the Tuna Wellington. This second started to have problems and ended changing the output order of the disheswhich resulted in the cancellation of one of the dishes for being unfinished, despite the help given by the judges.

Thus, “the worst thing that can happen in a service: that a dish does not come out” happened, in addition to being the first time in the history of ‘Masterchef’ that one course is delayed and another canceled. Pepe criticized the attitude of Verónica, the team captain: “I don’t see a change, I haven’t been able to improve you.”

Veronica has had to leave the kitchens to apologize to the diners for this cooking disaster. #MasterChef10https://t.co/KvZxZskmL8 pic.twitter.com/JvXj22CCuu

In the elimination test, Jokin, María Lo, Claudia and Verónica had to engage in duels, making dishes that chef Dabiz Muñoz would judge. The first to face each other were Jokin and Claudia, the latter saving herself by very little; then Jokin and Veronica, who finally handed over the immunity pin; and finally Jokin against María Lo, both obtaining very good results.

The eliminated contestant was Jokin, who left in tears: “I think I’ve done a good job, I’m satisfied.” The jury also praised his results in the program and even Jordi dropped a proposal: “If your dream is to be a chef, I swear that if I can help you, you will be (…) myself I’m going to make sure you shine in the kitchen and in your house be happy”.

Today we say goodbye to the kitchens of #MasterChef10 a wonderful and enormously talented applicant. Thanks for everything @jokinmchef10! https://t.co/5KB3O2GWnE pic.twitter.com/TkiMVP8Qrl