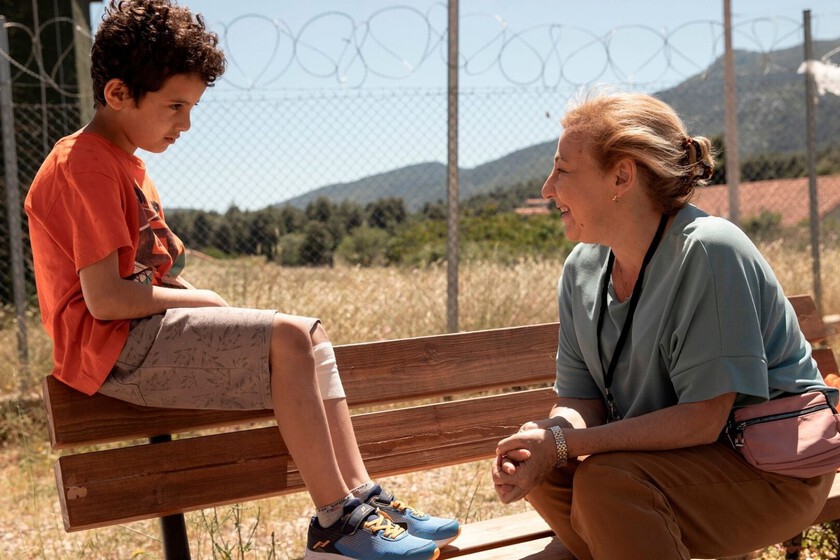 2016, four years after the global pandemic. Nely Reguera debuted with a very interesting film, ‘María (y los otros)’, starring Bárbara Lennie, Vito Sanz and María Vázquez. Before, she had barely directed a short film, ‘Pablo’. His debut feature has a particular strength, it is treated with humor and narrative simplicity but with a conceptual depth when it comes to approaching a character (Maria’s) and an environment (the family) that makes it different and, to a certain extent, point, memorable.

Despite its obvious values, the film went unnoticed in the face of the barrage of “women’s” films, that terrible label that seeks to divide authors and dress them up again in school uniforms, plaid skirts or pleated pants, and it failed to stand out too much (yes, maybe enough) meanwhile “intimist”, “true” and “sensitive” cinema. Reguera then dedicated herself to making television while preparing her second feature film.

For many critics, this would be the true debut of Reguera and the verification of whether it was a bluff or a prodigy. This is how we are, the supposed specialists in the matter of culture, so fond of labels, so inclined to forget that so many times the most interesting films are those impossible to label and the most valuable authors are those marked by unpredictabilityeven on a whim.

Neither bluff nor cinematographic miracle

The answer of whether ‘The volunteer’, Nely Reguera’s second film, this time based on a script by Eduard Solà, Valentina Viso and herself, she is a bluff or a prodigy, she is simple: she is neither. It is a movie estimable and more than correct, of course. Irregular and partially failed, too.

It would be more difficult to specify whether it is a step backwards or forwards in his filmography: let’s say that Reguera continues to portray polyhedral and uncomfortable characters and venturing through quicksand terrain without his pulse trembling, which is always positive. This time the thing is about volunteering in the Third World, but Reguera’s approach is not like an exotic postcard, nor is it like a good-natured pamphlet. For that alone, he has all my sympathies.

The interest of the director is very different: starting from an effortful composition of carmen machione hundred percent dramatic and realistic, without any comic support, Reguera addresses the theme of existential emptiness of the privileged world, paternalistic attitude with respect to the disadvantaged, bureaucracy that permeates humanitarian aid processes and the inability to turn the situation around in a simple way.

In this sense, the passive-aggressive dialogues between the protagonist, the impotent, empathetic and at the same time unfriendly Machi, and the character embodied by Itsaso Aranawhich cried out for more minutes on screen, are among the best of the film.

The attentive viewer will find similarities with the development of ‘The Nursery School Teacher’, both from the original film filmed in 2014 by Nadav Lapiv and from the excellent remake directed in 2018 by Sara Colangelo. Be it a coincidence, a circumstance that should not be ignored, or the result of the idea, not bad at all, of adapting the protagonist’s process to the field of volunteering, the truth is that, while in those two films the viewer is totally complicit in the search process self-destructive of its protagonist, this time the development is more mechanical, less exciting, despite the fact that it concludes in the best possible way for the overall verisimilitude of the film.

In any case, ‘The volunteer’ is a remarkable film that asks questions that are not always pleasant and that opens new paths in the trajectory of an author who is as restless as she is interestingpossibly not yet essential, but which should not be lost track of.

‘Top Gun’ (1986), review: a film icon as simple as it is effective that took Tom Cruise’s career to heaven