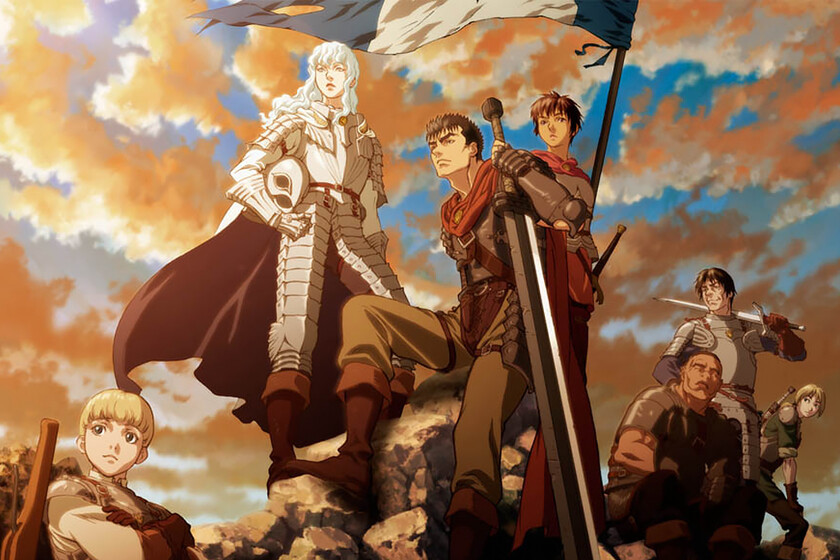 Almost against all odds after the death of Kentaro Miura, ‘Berserk’ has not yet reached its end and is coming back with a strong step. dark fantasy manga is published again this month by Studio Gagaand now we know that the anime movies are also coming back with a new format.

A new life for the Golden Age

The trilogy of films known as ‘The Golden Age’ focuses on part of Guts’ past, with the first two installments premiering in 2012 and the last one in 2013. Then came the 2016 anime series, which would continue to chronicle the following events after this arc.

It is still too early to talk about a new anime series that continues to adapt the manga, because first we will have to see the reception of the new chapters, but ‘Berserk’ will return to the small screen unexpectedly.

This same year the three ‘Berserk’ movies will be broadcast on television to celebrate the return of the manga with a special edition. has already been seen the trailer for this ‘Memorial Edition’and everything indicates that the films will be edited in serial format.

There is still not much information, but considering that if we add the duration of the three films, the footage does not reach 50 hours. so of course could the material of the trilogy be divided into a small season of 12 episodes for televisionbecause it is quite unlikely that new animation will be made unless they are very specific scenes.

There is no specific date for the premiere of the ‘Memorial Edition’ of ‘Berserk: The Golden Age’ on television, but it has been confirmed that it will definitely arrive throughout the remainder of 2022.

Leaked details of the plot of Guardians of the Galaxy Vol. 3

Ryan Gosling could have confirmed his role in Marvel

Video: David Faitelson recalls, moved, the day he almost lost his house for lack of money

Controversy with the new title of X-men

Filtered a very macabre scene from the movie