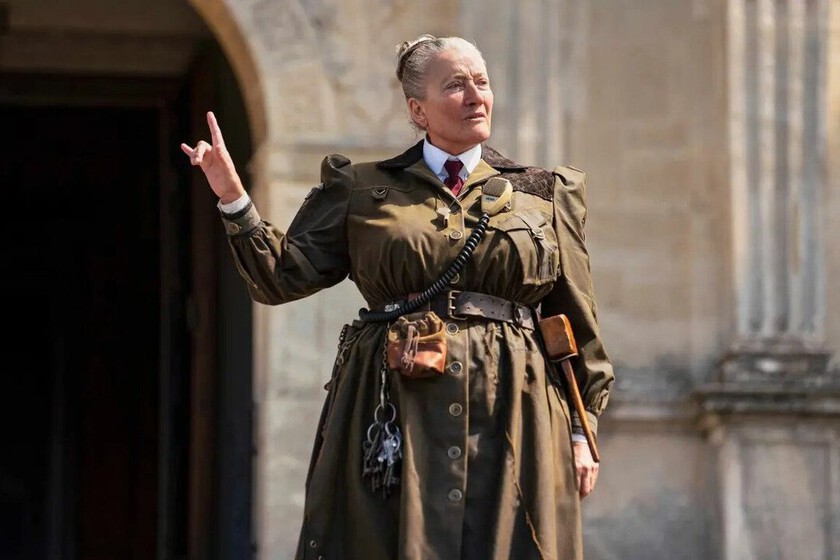 ‘Matilda’ may be the best children’s book never written. It is not data, it is opinion, of course, but it has everything that a child different from the others wants to read. A praise of what is different, iconic episodes, a more or less happy ending and a moral as beautiful as it is unusual: it doesn’t matter if you haven’t found your place in the world, Do not stop being yourself and one day you will find it. And you will be happy.

Sometimes you have to be a little bit naughty

So far there hasn’t been an adaptation of ‘Matilda’ that isn’t absolutely iconic: the Danny DeVito-directed film, the musical with songs by Tim Minchin and now, if we’re lucky, the film for which Minchin has created new songs and that premieres its first trailer to warm up engines. We won’t actually be able to see it until December 2, 2022 on Netflix, but seeing Emma Thompson as the Trunchbull has already put a smile on many of our faces.

‘Matilda: The Musical’ is directed by the same person who gave it life in its original representation, Matthew Warchus, who has ensured that it is an adaptation to match. We’ll see what happens, because Netflix hasn’t had much luck with musicals so far (remember that ‘The prom’).

The first thing we learned about ‘Matilda: the musical’ it was troublesome. Of course, more than a production like this deserves: Ralph Fiennes was going to play the Trunchbull, but the replacement was soon announced by an unrecognizable Emma Thompson, who will be accompanied by Lashana Lynch (María Rambeau in the MCU) and in which Alisha Weir, a 12-year-old girl, will bear all the responsibility for whether the film is a success or a failure. From what we have seen in this trailer, looks like the first.

Personally, I was able to see the original musical on Broadway and it is very worthwhile: it knows how to combine the humor of Tim Minchin with the bittersweet touches of the original story by Roald Dahl while remaining a faithful adaptation. Those who want to check it out before its streaming premiere are in luck: the play translated into Spanish will begin to be performed in Madrid from September 30. One piece of advice: if you can, don’t miss it. Sometimes you have to be a little naughty.

Arturo Peniche came to kiss Alfredo Adame on stage; what made the tv host angry

They warn of an outbreak of meningococcal disease in Florida