The ‘Scooby-Doo’ written by James Gunn is still one of the craziest and funniest live actions 20 years later, and you can see it on HBO Max 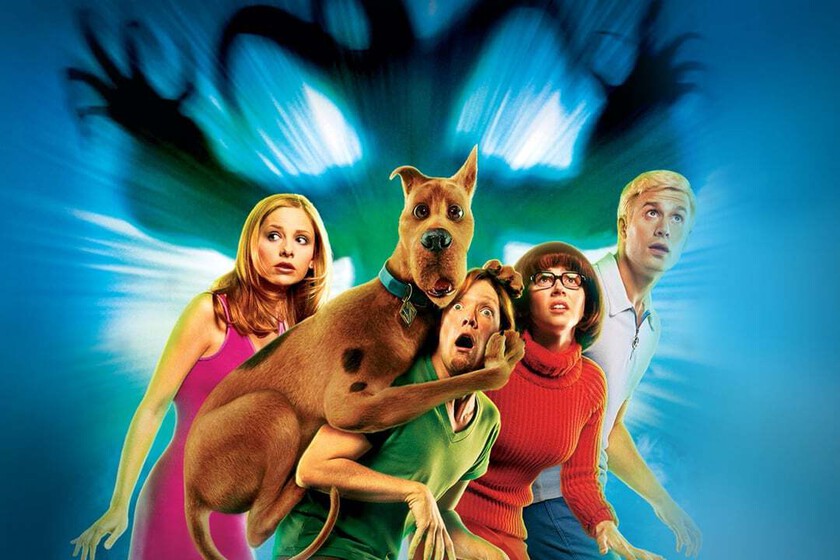 Back in 2002, when live actions weren’t as sought after as they are now, we got ‘Scooby-Doo: The Movie’. It adapted the Hanna-Barbera animated series to a real image, it was directed by Raja Gosnell and scripted by James Gunn (whom we already know very well from his recent work on ‘Guardians of the Galaxy’ or ‘The Suicide Squad’, to name a couple of examples) and brought together well-known stars to bring the beloved characters to life. This year the 20th anniversary is celebrated of the film, which you have available on HBO Max.

The story began with the recognizable members of the Mystery Machine: Shaggy (Matthew Lilard), Velma (Linda Cardellini), Daphne (Sarah Michelle Gellar), Fred (Freddie Prinze Jr.) and, of course, Scooby-Doo (who was voiced Neil Fanning), who decide to separate after a strong argument. Some time later, they are recruited by the tycoon Emile Mondavarious (Rowan Atkinson) to investigate some strange happenings at the Spectrum Island theme park.

It is a film that I was somewhat afraid to review, because it has many elements clearly focused on children and I did not know how it would stand the test of time. However, the main charm that I have found is that utter lack of embarrassment other people who indulge in unrestrained comedy without fear of ridicule.

Precisely, James Gunn’s script hit where other live-action films fail: Gunn found a way to adapt the humorous tone of the original series in live action and he wasn’t shy about giving the story a campy, self-parodic tone, understanding that you can’t make a drama out of a movie about a talking Great Dane and its dog-biscuit-eating owner.

First of all, the most remarkable thing is that Gunn gives his own version of the story of ‘Scooby-Doo’, without fear of taking certain licenses with the original (perhaps the most substantial change is the identity of the monsters, as anyone who has seen the original will understand), making an adaptation that feels freer than some of the current constrained adaptations, more concerned with “doing this because it comes out in the original” than by searching for its own identity.

As for the comedy part, it is noted that part of its target is children (there are many fart jokes that only have a pass if you look at them with nostalgia) although it also has some others for adults (Mary Jane’s is lost in translation). In general, it is a humor somewhat naïf and goofy that goes better if you come wanting fun without complexes and that, in my opinion, it resists the passage of time a little better than that of other live actions close in time.

Despite the primacy of comedy, it should be noted that each character presents its arc of evolution throughout the story, a detail that might seem small but is missing in many films where it seems that it is enough to define the character at the beginning but then their development is neglected.

It also helps the fabulous cast of actors who are totally committed to comedy and reinforce the hilarious parody they make of their characters. it makes us hard to imagine other performers to play these roles.

maybe where Gosnell’s film loses the most is in the technical section, with a slightly regular Scooby although infinitely better finished than the monsters, which do seem like a digital goop poorly integrated into the background. Nor is it something that was so dissonant compared to other productions of the time, everything must be said.

As a curiosity, the thing could have been even crazier as explained by Gunn himself, who wanted to make a film for younger adults. In fact, the first cut was rated R but the production company re-edited it to lower it to PG-13. We will be left wanting to know what that first version would have been like.

‘Scooby-Doo’ is a live-action to rescue that, instead of copying the original shot by shot or doing “the serious version” of it, knows how to understand what worked in Hanna-Barbera’s drawings and adapts it to the format resulting in this hilarious movie that does not arrive at the hour and a half. Obviously, only whoever comes will like it psyched up to enjoy his shameless humor but it will leave out whoever does not enter the game.

perfect for any television and now with a good discount

Tampons with titanium dioxide, is it dangerous?

Doctor Strange 2 explains the most controversial scene of the film