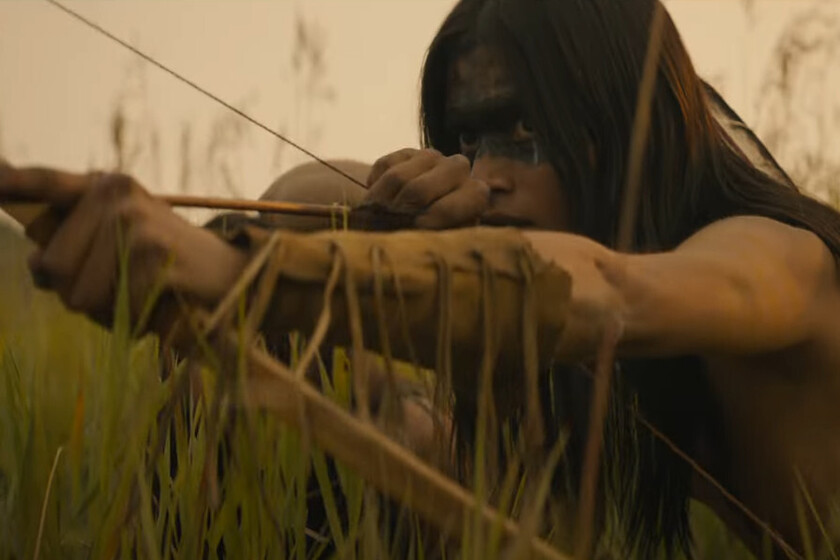 Just yesterday we were able to see in more detail what awaits us in ‘Predator: the prey’, the new installment of the ‘Predator’ saga that will be directed by Dan Trachtenberg (‘Calle Cloverfield 10’) and that left us a promising trailer. But the film still has many surprises and not only in terms of plot: the film can be seen in the Comanche language when it opens on the platform.

‘Predator: the prey’ revolves around Naru, a Comanche woman who will have to protect her tribe from an alien predator that threatens their territory. From the synopsis it is already anticipated that the culture of this Native American tribe is going to have a crucial role.

Trachtenberg has commented that both English and Comanche are spoken in the film, “but when you hear English, it’s like it’s Comanche.” However, what is unusual in this case is that Hulu will give users the ability to watch it dubbed in Comanche.

Jhane Myers, producer of the film and of Comanche descent, is excited about this decision, as it will be the first film in cinema history dubbed entirely into the Comanche language:

Nothing like this has ever been done for my tribe, ever (…) This is the first time that a new movie will come out where we will have the option to listen to it entirely in Comanche. That inspires not only the young speakers of my nation but also many people who will show what our language is like. And that is something that excites me a lot.

the comanche language it is a language in danger of disappearing, as it now has fewer and fewer speakers, and Myers hopes this film’s example will inspire other directors. As a fan of the ‘Predator’ saga, the producer has worked side by side with Trachtenberg to carry out a project with such complexity.

In Spain, ‘Predator: the prey’ will arrive at Disney + on August 5.