the perfect Nordic-style home to raise your first daughter 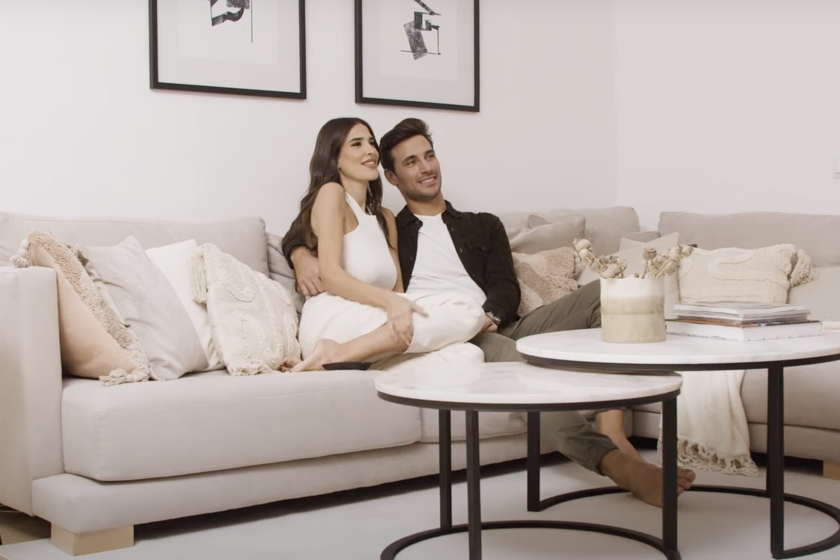 If there is a perfect couple (at least apparently perfect), that is the one made up of the presenter of Mediaset programs like ‘First Dates’ and daughter of Elsa Anka, Lydia Torrenttogether with the ex-soccer player and model Jaime Astrain, also a commentator on ‘El chiringuito de Jugones’ and a contestant on ‘Traitors España’, the new reality show on HBO Max.

The couple lives their best moment three months after seeing the birth of their first daughter, Elsa (which they named in honor of their maternal grandmother). That is why Lidia and Jaime have created a home to match your magnificent living situation thanks to the help of the experts from the ‘Banak’ company, together with those who have released a video showing each of the corners of this place where they can form their precious family four years after they met.

As can be seen in the images, Astrain and Torrent live in a house full of light in the heart of Madrid. A home that Jaime has been in charge of carrying out the decorative plans by the hand of the brand that has financed the furniture taking into account the needs of their baby and Lidia’s priorities: light, harmony, the feeling of peace and beige tones.

The decoration of the house

In the living-dining room, the light tones combined with black to contrast with the warmth of the space and a multitude of plants. It is the distributing heart of the house, since the main table overlooks the terrace windows and the living room is open to the hall. All the furniture is Nordic in style, among which the sofá four seats valued at 3,500 euros and an original coffee table made up of two pieces of marble and metal, placed on a white carpet.

The main table is made of white wood with metal legs finished in black. This model known as “the Cuzco table” costs 1,300 eurosto which they have added some elegant beige chairs for 232 euros each: “I wanted it to be all in an ecru colorneutral, to make me feel peace when you enter home, that it was diaphanous, that there was a lot of light. For me that was very important, it gives me a lot of visual harmony”, Torrent commented about his house.

Lidia and Jaime have also opened the doors of his bedroom, which follows the same Nordic decorative lines as the rest of the house. In the room stands out the headboard decorated with a black trim (515 euros) and the large standing mirror by the bed with a wooden frame and green details. The bed has been dressed with a white duvet and linen cushions.

three dresses from their collaboration that are new

What new September drama should you watch from the start?

From the ICU, Jeremy Renner celebrates his birthday