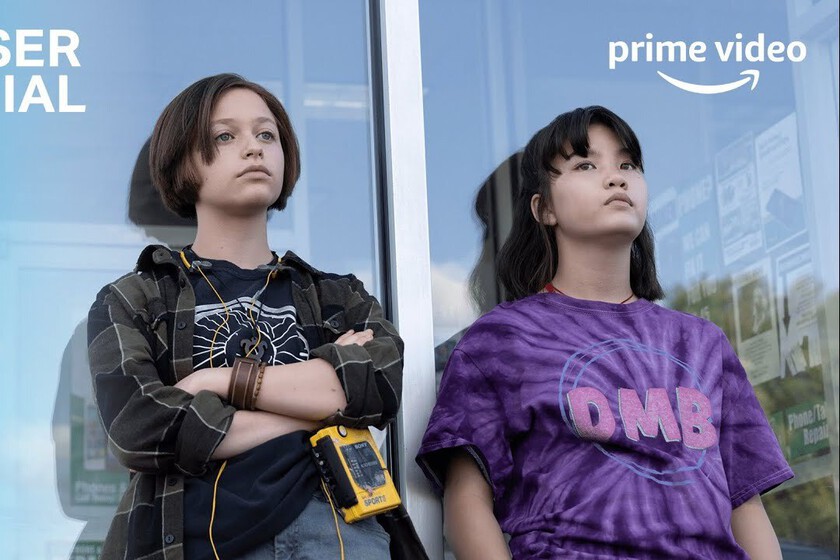 to fair a month after its premiere on July 29Amazon Prime Video has unveiled a new teaser trailer for ‘Papergirls‘, the expected (at least for comic fans like me) adaptation of the work of Brian K. Vaughan and Cliff Chiang.

The series, made up of eight episodes, revolves around a group of newspaper delivery girls who, in the early hours of All Saints’ Day in 1988, find themselves in the middle of a battle between warring time travelers. Transported into the future, these young girls must find a way to get back home..

stephanie folsom is in charge of adapting to series the original material of Vaughan and Chiang, who are also executive producers of the series. The first season is directed by Mairzee Almas, Georgi Banks-Davies, Destiny Ekaragha, and Karen Gaviola.

In the first hours after Halloween 1988, four newspaper delivery girls—Erin, Mac, Tiffany, and KJ—are on their delivery route when they find themselves in the crossfire between time travelers at war, turning the tide of their life forever. Transported to the future, these girls must find a way to return to the past, a journey that will lead them to meet their adult selves. Assuming that their futures are very different from what they imagined when they were twelve years old, they will be hunted by a faction of time-traveling militants known as the Old Guard, who have banned time travel so they can stay in power. To survive, the girls must overcome their differences and learn to trust themselves and each other.

I have to admit that I really want to see how the story translates to the screen. In aesthetics they have already given a good game with the colors Just like in the original comic. Now the only thing I hope is that it doesn’t happen like with ‘Y, the last man’ and that this adaptation of Vaughan is really worth it.

Kourtney Kardashian and Travis Barker marry for the third time