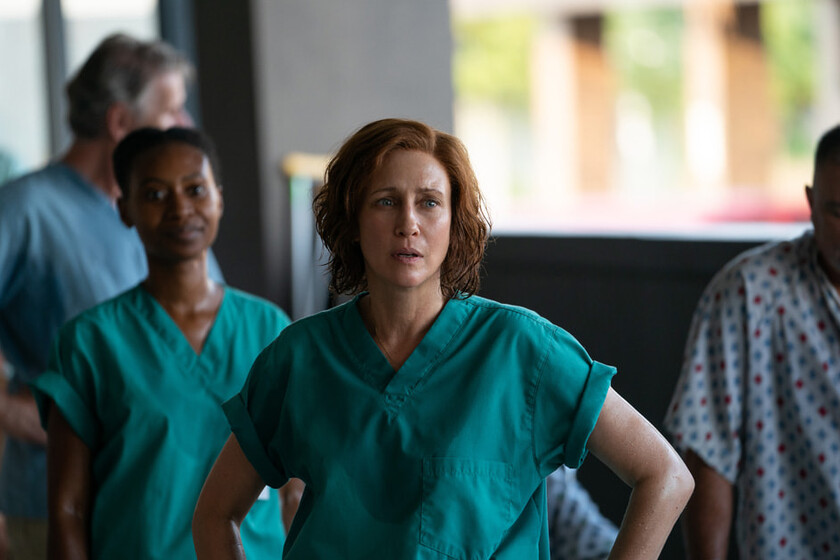 the people of AppleTV+ continues to bet on “less is more”, limiting its offer of cinema and series content to a handful of releases per month, but offering productions with a quality well above average. Under this scenario, those from Cupertino have just launched the trailer for his new miniseries, entitled ‘After the hurricane’and everything points to a new television show of great quality.

In addition to the spectacular production design and the logistical ambition that the advance suggests, the biggest claim of ‘After the hurricane’ focuses on the names linked to the project; beginning with a cast led by Vera Farmiga and that they complete Cornelius Smith Jr, Cherry Jones, Robert Pine or Michael Gastonamong others.

However, the big stars of the show are its two showrunners and executive producers. Nothing less than John Ridley —Oscar winner for best adapted screenplay for ’12 Years a Slave’— and Carlton Cuse —Emmy winner for his work on ‘Lost’— will co-write and direct with Wendey Stanzler —’For All Mankind’— this adaptation of the book ‘Five days at Memorial’ by Pulitzer Prize winner Sheri Fink.

In his story, based on real events, will chronicle the impact of Hurricane Katrina and its aftermath on a New Orleans hospitaland will follow his workers as chaos grips the campus and they are forced to make tough and controversial decisions that will have long-term consequences.

‘After the hurricane’ will premiere its first three episodes on Apple TV + on August 12, 2022. The remaining three will premiere weekly on Fridays until reaching the end on September 16.

BLACKPINK and PINK VENOM break a new record on YouTube

They recreate iconic scenes from ‘Stranger Things 4’ and go viral