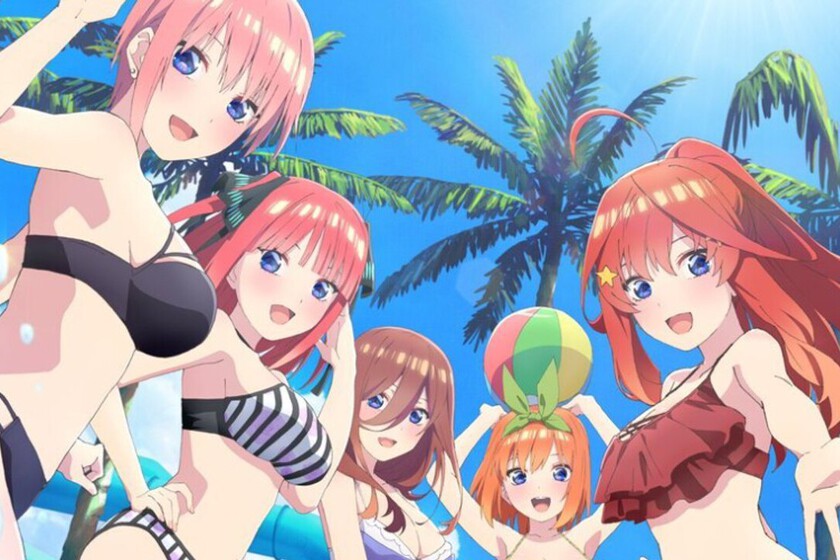 It has become more and more fashionable to close an anime series with a movie, and ‘The Quintessential Quintuplets’ (‘Go-Tōbun no Hanayome’) is not going to be less. After two anime seasons, we come to the end of the manga adaptation of Negi Harubawith one last trailer before the film’s premiere to give us a better idea of ​​what’s to come.

Farewell to the Nakano sisters

Futaro Uesugi he is a model student, but his life and family situation is not easy at all. He has no friends and his father works very hard to support him and his sister, but things change when the family Nakano he sends his five daughters to school in Futarō and the young man is hired as a tutor for one of the quintuplets with a very good salary. Although at first several of the girls are not very keen on having Futarō around, he gradually gains her trust and convinces them to take their studies seriously.

The anime series kicks off with a scene in the future, where we see Futarō marrying one of the Nakano quintuplets. During the series it is not very clear which of them he will end up with, since all five of them fall in love with him… but it seems that we are finally going to have the answer after several years of waiting.

The end of the manga did not please the readers too much, and there are pretty strong rumors that Haruba might have changed the ending of the story for the animeso many fans of ‘The Quintessential Quintuplets’ are chomping at the bit.

The anime film will open in Japan on May 20, and for now it looks like we’ll have to wait for an international release of ‘The Quintessential Quintuplets’either in theaters or streaming. Meanwhile, the two seasons of the series are available within the Crunchyroll catalog.

The film of ‘The Quintessential Quintuplets’ is produced from Bibury Animation Studios, who already took care of the second season of the anime. The address is from Masato Jinbo (‘The Rising of the Shield Hero’) and the script for Keiichiro Ochiwho also wrote for the anime series.