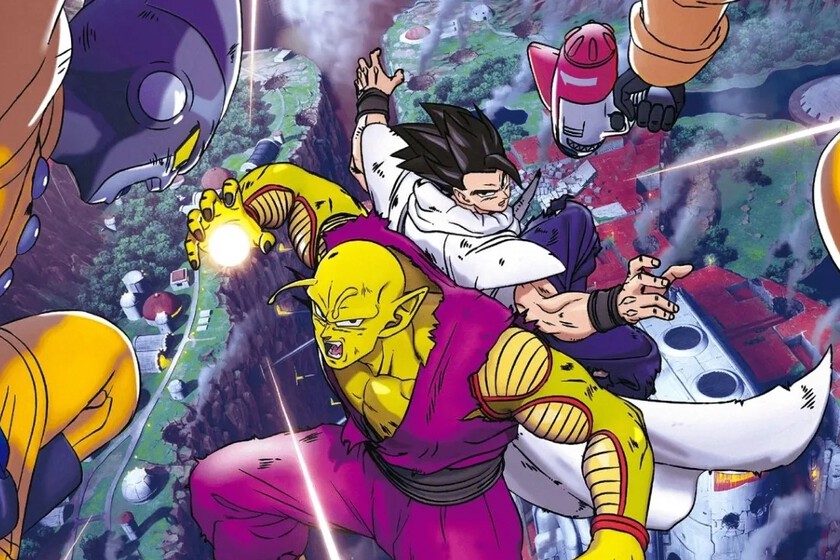 ‘Dragon Ball Super: Super Hero’, the last film in the saga, has already been released in Japan, and while we dodge spoilers as if it were a minefield, we do have an official explanation for its “super” title thanks to the very Akira Toriyama.

Akira Toriyama has been heavily involved in the development of ‘Dragon Ball Super: Super Hero’, from the script to the character designs. The production of the film has taken about four years and the creator of ‘Dragon Ball’ has taken advantage of the premiere in Japan to reveal more details about the creative process.

The title of the film raised many theories when it was revealed and has brought us headlong with the repetition of the “super”. The explanation could be much more convoluted but as confirmed by Toriyama himself, it is that he forgot that the series is currently called ‘Dragon Ball Super’.

“By the way, the subtitle is ‘Super Hero,’ I completely forgot that the title of the movie is actually ‘Dragon Ball Super,’ so there ended up being two ‘supers,'” Toriyama states in a leaflet which was given to viewers who went to see the film in Japan. “I guess everyone thinks I did it on purpose because no one told me. So it’s my fault that ‘Super’ is so repetitive.”

So based on what Toriyama might have originally planned, the movie should have been called ‘Dragon Ball: Super Hero’but nobody corrected him that the subtitle would be a bit repetitive and everyone in the production just pulled forward.

Internationally we will still have to wait to see it and there are no specific dates, although Crunchyroll has definitively confirmed that it will be released during the summer in the rest of the territories.

15 incredible photos that will fool anyone