The Living Tribunal and other cosmic entities will appear in Thor: Love and Thunder 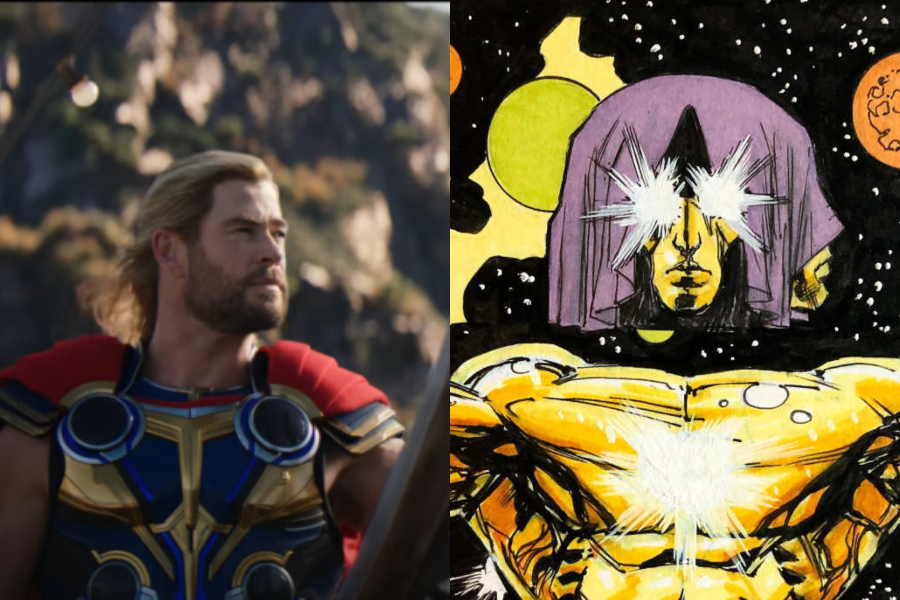 Thor: Love and Thunder will be the gateway to the MCU for different cosmic entities of the Marvel Universe, of which the Living Tribunal stands out.

The new trailer for Thor: Love and thunder not only brought us more images of Jane Foster as Mighty Thor, or Gorr, The God Butcher, this trailer advanced the debut of some cosmic entities in the MCU, such as the Living Tribunal.

Do not miss: Be surprised with the new trailer for Thor: Love and Thunder!

One of the last images of the advance shows us Mighty Thor wielding Mjolnir in the facilities of what appears to be a temple of worship to different cosmic entities.

In the statues that are distinguished appears one dedicated to the Living Tribunal, one of the most powerful entities in the entire Marvel Universe.

In the comics, the Living Tribunal first appeared in the pages of Stranges Tales #157 (June 1967).

The Living Tribunal is an entity that maintains balance throughout the vast Marvel Multiverse. When this being was willing to destroy the toerra, Doctor Strange was in charge of demonstrating the good that there is on the planet.

Other entities that can be seen in this trailer postcard is Death, Thanos’s romantic interest, as well as Uatu, the Watcher, who can see what is happening in all corners of the Multiverse, but cannot intervene, in addition from Eternity.

It may interest you: The complete guide to the empires within the Marvel Universe