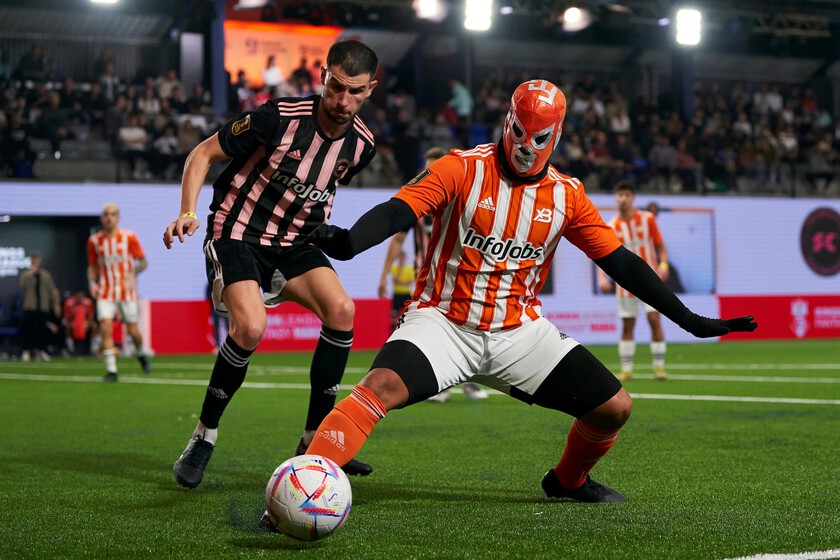 I don’t want to sound like one of those old men who raises his cane and asks those nosy youngsters to get out of his garden, but I think it’s time to talk seriously about Twitch, the tool that came to change everything… and in his search for change he has ended up finding the same thing as always. The stars have changed, interactivity has increased (in the case of many streamers who cannot look at the chat, not even that) but in the end the big surprise was that… this was the same. Stacy Malibu with another hat. Y the King’s League is a perfect example: change everything to keep everything the same.

As soon as you use the Internet, you know more or less what I mean when I talk about the King’s League, the soccer league created by Piqué and Ibai, and destined to modernize a sport which interests generation Z less and less. 90 minutes (plus extra time and penalties) is too long for some kids used to the immediacy of TikTok, so the former Barcelona player has brought football to its most exciting part, has introduced rules that sound like they came from ‘Oliver and Benji’ and, along the way, has put advertising in any corner of the screen.

I do not like football. I have never liked or understood the interest, so I was somewhat curious about the King’s League, with its forty-minute games, its penalties that allow the player and goalkeeper to move around the area and, above all, its special powers, secret players , etc. on paper, is different enough from football to grab attention even of those who do not find shelter in the Deporte Rey.

But when push comes to shove the New Football is very similar to the little football of a lifetime, only with the faces of streamers as presidents of the clubs: Ibai Llanos directs Porcinos FC, Grefg gives life to Saiyans FC, etc. Each one of them, from his private channel, comments on his team’s matches, pulls his hair out if necessary and cheers until he is hoarse. It is a way of seeing original football, yes, and the audience figures accompany, although perhaps one wonders why.

You can’t ask the LaLiga coaches to understand what the hell you’re talking about if you tell them that it would be a good idea to stop the game to throw a card and modify the game: the enmity of part of the world of Spanish football with the invention of Piqué and Ibai is perfectly logical, and leads to unpleasant comments. But, If they looked closely, they would realize that they have more in common than they think.

The King’s League is LaLiga for video game players, accustomed to impossible turns and strategy, luck and using their weapons at the best moment. None of the spectators is surprised that, in the middle of a game, David Broncano (of all people) draws a card and suddenly the match is decided in a two against two. What for some may seem like a game of Coaxed, Joey’s inexplicable contest in ‘Friends’, for others it is a necessary change.

The King’s League prides itself on the audience it is coping with in regular matches, but it is no less true that This is free and you have to pay to see LaLiga. Perhaps for this reason, to pay for its free content, they have filled the screen with promotions and advertising to an insulting point. For a generation that eschews entirely interruption publicity, the King’s League is surprisingly successful in its quest to turn down absolutely no one, from Grefusa as goal-celebrators to Infojobs as general sponsor. The irony is there.

Great goal for the squad

The King’s League is not intended for people who absolutely don’t care about football, but for those fans (of the sport or of the streamers) who They need a twist to make it more palatable. And in this sense, they have succeeded: Kun Agüero played a couple of games masked, the guests come and go all the time… Yes The Evening of the Year It already gave a crossover between streamers similar to the marvelitas events, this raises it to the nth power.

But I can’t help but look with some sadness at a panorama that could have done great things and has settled for making its own version of television. I appreciate what Ibai Llanos is doing to not let the world of Twitch be an eternal stream of gameplay and exaggerated reactions, but I also can’t help but feel that, thirty years later, the new TV was Wayne’s World.

Boxing, football, the Campanadas with Ramontxu, the ‘Grand Prix’, ‘First dates’… There is no doubt that he has pull and I am aware that we are only in the first steps of streaming towards finding its own identitybut at the moment this does not seem like the future of the audiovisual, but a continuism that can vary the younger audiences of the site but is still comfortable in its lack of content innovation. Call it King’s League, call it Evening of the Year: it’s the same old dog with a new collar.

They filter videos of Christian Estrada with Esmeralda Ugalde