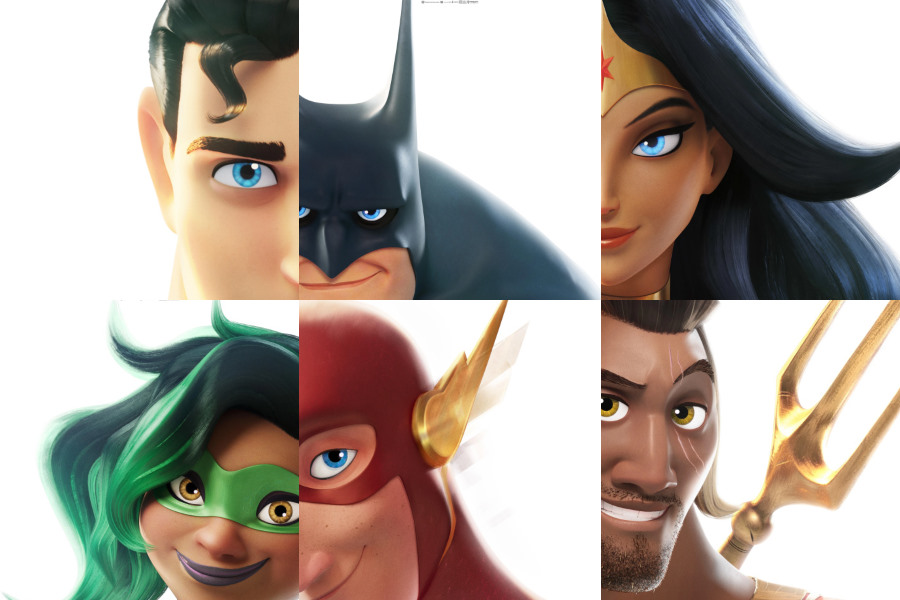 This is what the Justice League looks like, whose members have individual posters within the DC animated film League of Super-Pets

The DC Universe expands its horizons into animated realms as the mightiest pets on earth join forces in the DC League of Super-Pets, which sees The Justice League featured in new posters.

Don’t Miss: The Coolest Super Pet League Poster Is This

The production of the film League of Super Pets unveiled the individual posters of the heroes that make up the Justice League lineup,

In DC Super Pet League, Krypto the Super Dog and Superman are inseparable best friends who share the same superpowers and fight crime together in Metropolis.

When Superman and the rest of the Justice League are kidnapped, Krypto must convince a gang of animals (Ace the Hound, PB the Minipig, Merton the Turtle, and Chip the Squirrel) to harness their own newfound powers and help him rescue to superheroes.

The DC League of SuperMarcotas voice cast is led by Dwayne ‘The Rock’ Johnson and Kevin Hart, who play Krypto and Ace respectively.

This voice cast is also joined by Vanessa Bayer as PB, Natasha Lyonne as Merton the turtle, and Diego Luna as Chip. Also in the cast will be John Krasinski as Superman, Keanu Reeves as Batman, Kate McKinnon and Marc Maron as Lex Luthor.

The story is authored by Jared Stern, who also directs this DC Comics animated adventure that will hit the big screen on July 28, 2022.

It may interest you: Do not lose detail of the first trailer of DC Superpets League, now in Spanish

There’s nothing Super Pets love more than spending time with their owners, but they’re having a hard time being taken seriously as team members when their humans just don’t understand them.

The most powerful women in DC!

Bruce Wayne will be Asian in the next installment of DC

What to watch on the streaming platform HBO max

Amazon has the Columbia boots on sale, ideal for when the polar cold arrives on the bridge holidays

Of all the Adidas discounts, these Superstar sneakers are the coolest

Wakanda Forever has a new clip with Namor