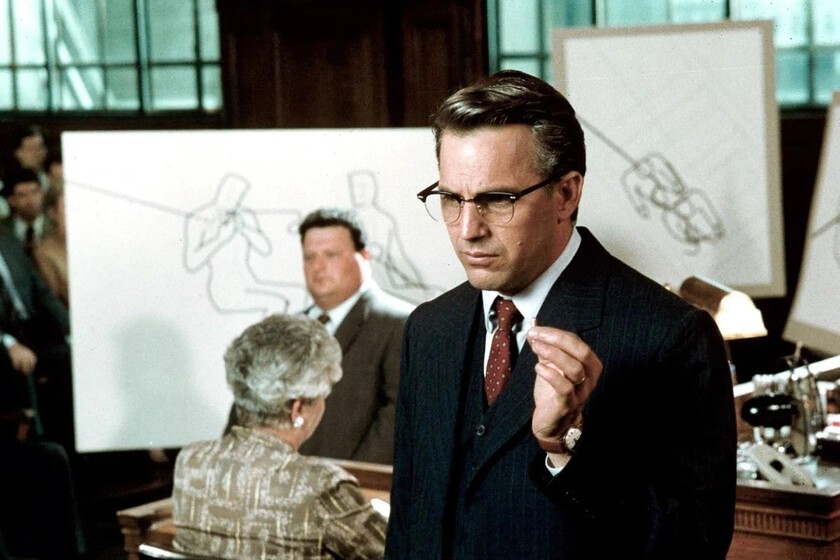 In movie theaters right now we can see Oliver Stone trying to unravel the mystery surrounding the assassination of John Fitzgerald Kennedy, president of the United States, in the documentary ‘JFK: Case Reviewed‘. Thirty years later, Stone returns to observe the pieces that existed and the new ones that have come to light with an obsession similar to that of the protagonist of one of his most successful films.

Those obsessions and political intentions of the filmmaker have been looking at each other with more scrutiny, especially when observing who he prefers to ally with in his ideological crusades -don’t ask a man his salary and Stone what he thinks of Putin- and, above all, as we are more aware of the dangers of giving loudspeaker to conspiracists. They are slippery terrain, which could partially stain the legacy of ‘JFK: Cold Case‘. But it is enough to review it on HBO Max to verify that it has (much) more inside.

Inside of the labyrinth

Assassination committed in Dallas. President Kennedy has been shot in the head by a shooter later identified as Lee Harvey Oswald, who is shot shortly after his arrest before he can stand trial. But a New Orleans prosecutor, Jim Garrison – masterfully played by Kevin Costner in one of his best works – he begins to believe that there is more than what the authorities have investigated and revealed.

With a free interpretation of the facts, Stone introduces us to the exhausting labyrinth of theories, testimonies, possible evidence and circumstantial elements Garrison went through in search of the truth. The film features a legendary cast to show the different faces and subjects with whom the prosecutor had to engage in conversation in the process. That they are not mere anonymous actors helps to give weight to each of these interactions and to each of the things that are revealed.

Stone not only makes sure that all the conspiracy that is uncovered is shocking and is also capable of dismaying our protagonist to the point of obsession. It is also in charge of showing the costs of the decision made in search of this truth, showing the emotional impact it has on his family nucleus and how it leads to question if it is really worth all this process.

If we can put aside that the filmmaker is bordering on the glorification of a type of character that we now see as problematic as the hot-headed conspiracist, the film is an incredible plea for the importance of seeking this truth, and also from disappointment in relation to what we receive from the forces of power. In those respects, ‘JFK: Cold Case’ is a movie full of punch.

Its three hours are a journey as ambitious as it is exhausting, but the points of greatest strength are cinema in its purest form, absolutely essential. The trial scenes, especially the section where what happened is recreated, is a formidable narration exercise, a lesson on how to count to keep the viewer hooked, how to use mount for it. For this reason alone, it is already an extraordinary experience, an example of epic cinema that today is impossible to see.