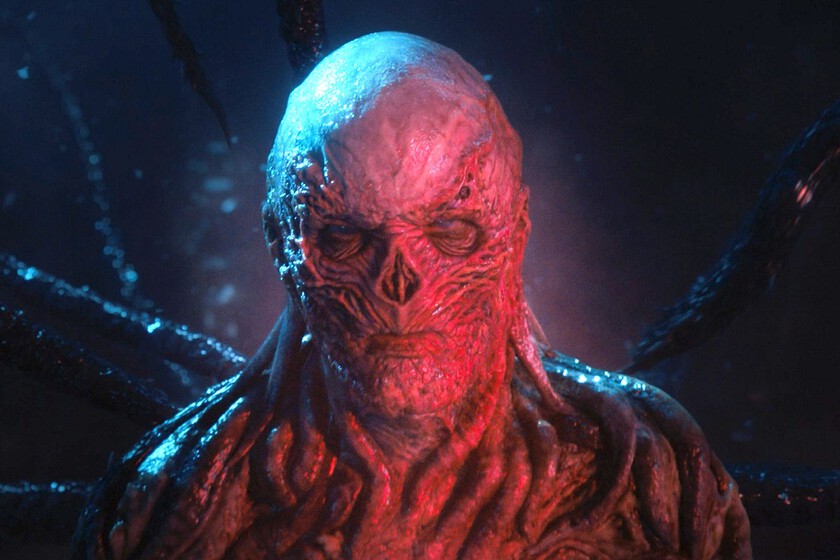 The premiere of ‘Stranger Things 4’ is giving a lot to talk about, either because of how good the season is – without a doubt one of the best on Netflix so far this year. or for the song whose popularity has skyrocketed to infinity. Now it’s time to make a stop neighborthe terrifying villain that not a few viewers have pointed out as the best of the series so far.

One of the keys to Vecna ​​making such an impression is found in the decision of the Duffer Brothers to minimize the use of visual effects with this character. For this they hired the designer of prosthetics Barry Gowerwho had previously worked on ‘Game of Thrones’, to make his vision a reality.

He was the great signing of the fourth season, because It is the first time that he participates in ‘Stranger Things’, and the objective was to recover the use of practical effects so common during the 80s and that the Netflix series was gradually leaving aside. Gower himself comments in The Verge that one of the big goals when choosing his design “was to create a character as close to 100% practical effect usage as possible“.

Beware of ‘Stranger Things 4’ spoilers from here on out.

For this, a rubber suit was ruled out, since they do not usually look too good on camera, opting instead for different pieces that were glued directly to the actor’s skin. This process required up to 7 hours of preparation prior to filming and involved an additional load of about 18 kilos for Jamie Campbell Bowerthe actor behind Vecna, who, despite the discomfort, values ​​the result very positively:

On a more practical level, rather than an emotional level, I found that I had to give more. The suit moves pretty well with the face, but it’s not that flexible. There’s a few centimeters or an inch or two between the actual skin and what you can see, so the idea of ​​the eyebrows, in particular, has to make sure that I was really giving in to the facial expression and not what I would maybe give facially if he wasn’t in a suit. But I think what was cool was that underneath all of this is the intent of this real hate and this real resentment, and it was coming through.

Obviously, Vecna’s appearance was essential to it. The plan was always to make certain digital touch-ups such as the sinister movement of his tendons or the decision to remove the actor’s nose, but the vast majority are the result of the use of prosthetics and makeup equipment. In this regard, Gower specifies some of the tricks used:

On the day it has to be super slimy, we use products like KY Jelly. There is a product called UltraWet, which is a kind of transparent gel that we spread all over it. It’s the kind of thing where on set he puts his hand on your shoulder and you regret doing it because you’re covered in slime.

The icing on the cake was Bower’s own performance, who revealed that when he was offered to audition, he was given pages from two movies to refer to. One of ‘The two faces of the truth’the film that introduced Edward Norton, and another from ‘Hellraiser’, one of the great references of this fourth season. In addition, he made himself a guide to drawing Vecna’s personality using the following:

Christopher Lee was there as Dracula. He had Pinhead, obviously, there. He had Freddy Krueger. He had the latest version of Dracula. He had some characters from some of the crazy 80’s vampire movies. Voldemort was in there too. And a lot of fire.

That yes, then perhaps he got a little more than necessary in character when he played Vecna, because he points out that during the filming “I often walk around, beforehand, saying some pretty vile things under my breath about who’s in front of me, and just generally vile things until the action when I have to say the actual lines. The poor actress who plays Chrissy (Grace Van Dien) was terrified. Sadie Sink is so tough. She’s a tough person, so it was okay. But Millie Bobby Brown cried. The first time Millie saw me, she burst into tears. It was at rehearsal, and she literally just cried. burst into tears.” Although it is fair to point out that the Duffers were looking for precisely something like thisthat the actors had someone to interact with on screen and that this gave the greatest possible realism to their reactions.

Taking all that into account and what the series has already revealed about the character, I’m sure I’m not the only one who is looking forward to seeing the character.The two remaining episodes of this fourth installment to see what Vecna ​​surprises us with. And it wouldn’t be unusual for her character arc to extend into the fifth and final season of ‘Stranger Things.’