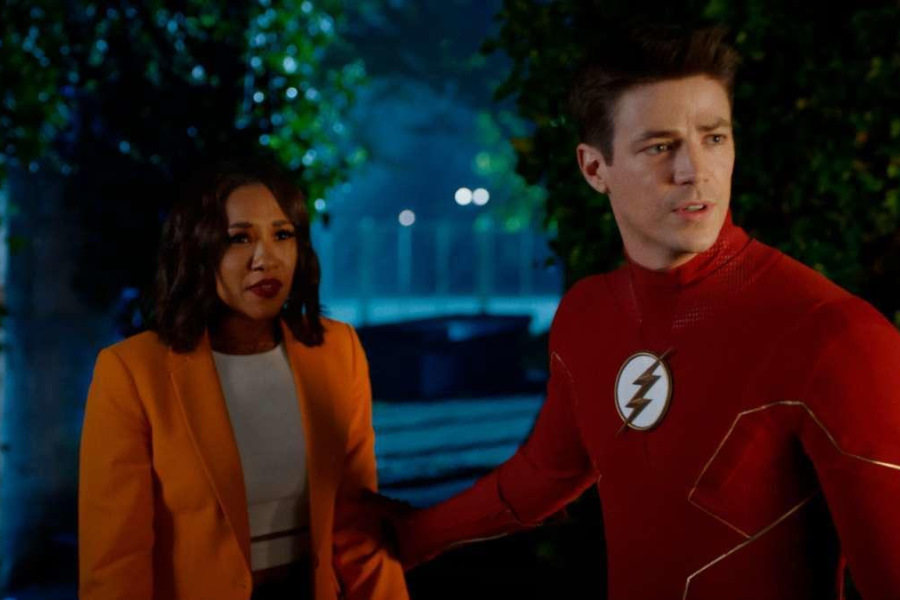 The eighth season of The Flash is two episodes from the end, and with it Barry Allen’s great love, Iris West, is in serious danger.

The eighth season of The Flash has brought a series of surprises such as the death of Caitlin Snow, and in recent episodes Iris West has suffered from a rare disease, which could become fatal.

Do not miss: The Flash: Team Flash suffers a painful death in their ranks

Throughout the recent season, Iris has struggled with a “time sickness,” which has caused her to disappear in a few episodes, made worse when the Still Force betrayed the Flash.

In episode 18 of this season, Iris is sent to the year 2049, where Bart and Nora Allen, the children of Barry and Iris in the future, seek to return their mother to the past, not to mention that this displacement was carried out by Still Force for a reason. reason.

Barry once again defeated Eobard Thawne, who “took” the speed of the Reverse Flash, which will unleash a revenge of the negative forces against the Scarlet Speedster, who will have to make a greater sacrifice, even if it could mean not never see his beloved Iris again

Eric Wallace, showrunner of The Flash, explained that Iris West has not been so absent in this season that is approaching its end, but fighting a major villain has led them to separate their paths momentarily.

Barry and Iris, who have been in separate places, because she is in Coast City with Sue, trying to do things as a reporter and he is fighting Deathstorm

Wallace clarifies if Iris West will be a heavy casualty for the Flash Theme, or if the Allen-West marriage will go ahead for season nine

“All of these things are there for a reason, they all come together in our final graphic novel of this season, but they will all come back together. And since I love happy endings, everyone will live happily ever after. Iris is not dying”.

The eighth season of The Flash is currently airing on the CW in the United States. In Mexico and Latin America, the eighth season can be seen on the cable channel Warner Channel.

It may interest you: The Arrowverse could reach its inevitable end

Barry Allen… is Flash. His birth gave rise to the Silver Age and his heroic death, defending the universe from a cosmic Crisis, made him a legend.

Now a new Crisis has brought Barry back to life and the Fastest Man can’t catch up with the world. With the Flash’s legacy well preserved, Barry has no other purpose except to try to solve the only mystery that eluded him in his previous life… the murder of his mother.

SMASH and DC Comics Mexico bring you Flash: Rebirth, a story authored by Geoff Johns and Ethan Van Sciver, in a volume that every good fan of the scarlet speedster should have.

Mess with the duration of Thor: Love and Thunder