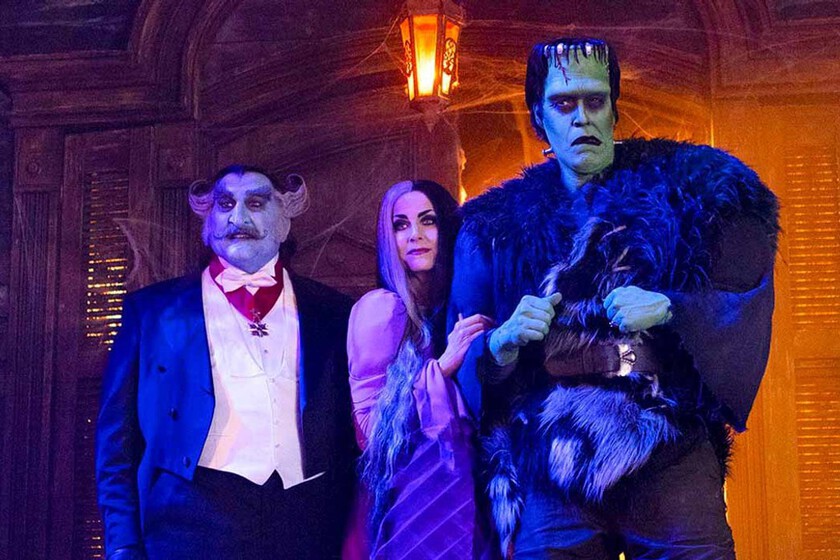 A remake of ‘The Munsters’ written and directed by Rob Zombie is coming this fall, and Universal has shared the first look at the film with a colorful trailer that begins with an accurate recreation of the series’ classic intro of black and white television, before bringing the beloved characters into the world of vivid color to the tune of the legendary theme song.

“I knew that if he came in and demanded out of the box, ‘Is this movie going to be black and white or forget it!’, we wouldn’t be talking about the Munsters right now, because it never would have happened. I guarantee it. But what I did was I made the colors hyper-realistic. I noticed when the actors were in makeup and they were just walking around, having lunch or whatever, they looked like cartoon characters come to life. They were so incredibly colorful. I was like, I have to light the film the same way. It really seemed like a live-action cartoon version at all times, which was really exciting.”

original series, ‘The Munsters’ lasted just two seasons between 1964 and 1966, spawning several feature films and a sequel TV series. entitled ‘The Munsters Today’ (1988 – 1991). More recently, Bryan Fuller’s “Mockingbird Lane” reinvented the series for NBC, but it never made it past a pilot episode. In Spain, the original had a revival on the program ‘La bola de cristal’ presented by Alaska.