The first time Jane Foster had the hammer 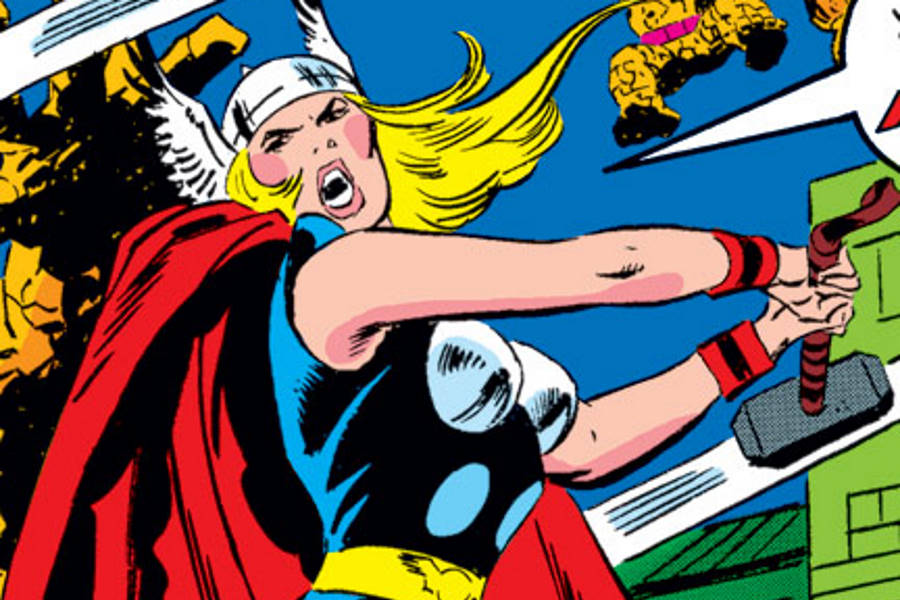 Before Mighty Thor reached the horizon of The House of Ideas, the Marvel Universe received Jane Foster in 1979 as Thordis, in her first time wielding Mjolnir.

Thanks to Jason Aaron, Russel Dauterman and Mathew Wilson, in 2014 we learned how Jane Foster wielded the hammer Mjolnir to become Mighty Thor, but before this identity of the Goddess of Thunder appeared, Thordis existed on the horizon before .

Do not miss: What are the What if comics and what are they about?

Throughout the six decades of Thor’s existence, we have seen different characters wield the mythical Asgardian hammer, such as Storm, Steve Rogers, Zeus, Wonder Man, and even the most famous case, that of the alien Beta Bill Ray.

But long before they were worthy of wielding the hammer, in 1978 Marvel Comics published a series entitled What If…?, where alternate stories were proposed to those we have known in The House of Ideas.

What would have happened if… Jane Foster had become Thor?

We all know the story from Journey Into Mystery #83, where medical student Donald Blake, who suffers from a disability, finds a staff, which was actually Mjolnir, with which Blake became Thor.

In 1979 things were different inside the tenth issue of What If…? where medical student Donald Blake, accompanied by his nurse, Jane Foster, are traveling in Europe, when rock aliens land to start an invasion.

Jane Foster hides in a cave where she finds the mythical staff that is Mjolnir, which when wielding it turns her into Thordis, the Goddess of Thunder.

How did the idea for Thordis come about?

Don Glut, writer of this story, revealed how ideas like Thordis’s came up at parties he attended with Roy Thomas and Rick Hoberg.

“The stories were just one-shots and the way they came about was that Roy (Thomas), Rick (Hoberg) and I used to have parties… We’d get a little bit happy and someone would say something like, “Hey! What if Spider-Man had two heads?… Conversations like that, Rick and I were talking, and one of us, I think it was me, had the idea of, ‘What if Donald Blake didn’t find the hammer? of Thor? What if it was Jane Foster?’”

Glut and Roy Thomas, who was the editor of this series, developed this story.

“That sparked a whole bunch of story ideas, so we went to Roy and said, “What if Thor was a woman? He already has long hair and we could have Jane Foster find the hammer instead of Don Blake.” And Roy said, “That’s a good idea, go ahead!”.

The wrath of Odin and the banishment of Thordis

Thordis manages to defeat these aliens and establishes herself as a hero of earth, until she returns to Asgard to take her place in the pantheon of gods.

But Odin, outraged that a woman had taken his son Thor’s place, banished Thordis to Earth, where she continued to protect the planet, even joining the Avengers.

In a new return of Thordis to Asgard, the Goddess of Thunder faces Mangog, who takes advantage of Odin’s dream to attack the Kingdom of the All-Father.

Thordis joins Sif, (who has started a relationship with Donald Blake), to stop Mangog, using a magical sword, while Odin awakens to defeat the Titan.

Odin recognizes the value of Thordis, whom he turns into a Goddess, but things do not end in the best way for Jane Foster, who watches as Donald Blake chooses Sif as his mate.

It took 35 years for Jane Foster to wield Mjolnir again, to write her story, now as Mighty Thor, an arc that hit the movie screens with Thor: Love and Thunder, from Marvel Studios.

You can also read: The stories of What If…? that came true in the Marvel Universe

VIDEO: Pepillo Origel’s health is concerned after assuring that it was bad

This heartwarming story with a dragon is also the only live-action remake of a Disney classic worth watching.