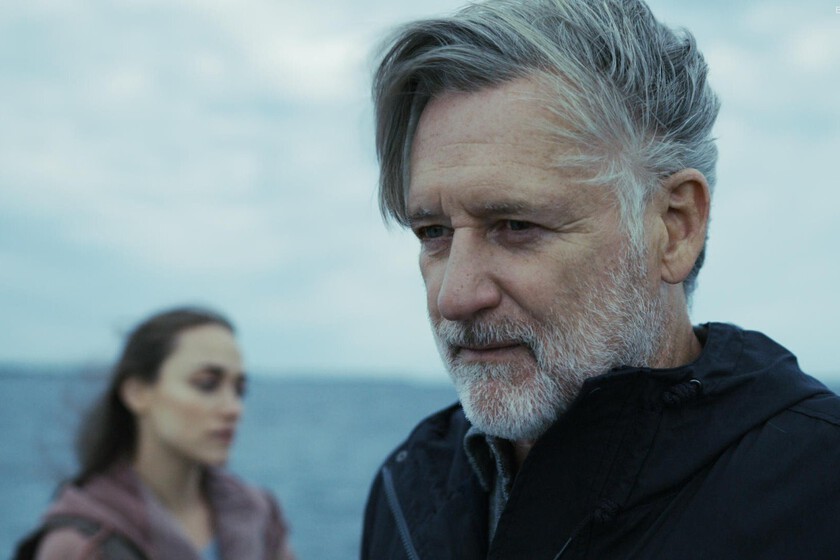 The irruption of ‘The Sinner’ in the panorama of police series was a breath of fresh air within a genre already very hackneyed. It was hard not to get hooked on the first season after seeing THAT scene from chapter 1 (if you’ve seen it you already know what I’m talking about, if not, I encourage you to at least watch this episode) and the interpretations of Jessica Biel Y Bill Pullman They put the icing on the cake.

It was a great success and its renewal was planned, although it was necessary to deal with the inconvenience that after adapting the homonymous novel by petra hammesfahrit was necessary to give new adventures to the laconic Detective Harry Ambrose.

How could it be otherwise, they tried to replicate the magic formula, mixing a crime with a dark and sordid background. The second season used the “murderous child who lives in a town with a sect” model to give consistency to a story that was nothing more than repeat the previous one in its most basic outline.

Carrie Coon it saved the furniture, but the slump was considerable. Even so, it had the necessary success to reach a third installment, the most battered, where the third was changed a little, introducing a dangerous game between Matt Bomer Y Chris Messina. In my humble opinion it didn’t deserve so much hate, it improved the previous one.

In any case, these first three seasons decently managed to intertwine the typical procedural with elements of mystery cinema, adding a plus of quality to its bill that raised the product above average. And so we come to this quarter and, they say, last season, where the writers, perhaps as tired as the main character, they haven’t risked much.

Now it’s time to enter the territory of “Mystery on a small fishing island, with feuds between families, racial tensions and seafaring superstitions.” If you add a parish, Mike Flanagan makes you that monument that is ‘Midnight Mass’, but unfortunately that is not the case in ‘The Sinner 4’.

This time we find Harry Ambrose already retired and living with Sonya (Jessica Hecht), her love interest from the previous season. They both go on vacation to a picturesque fishing island so that he can disconnect from their many traumas. One sleepless night, Harry is out for a walk and sees a girl running through the woods after an argument. Worried, he follows her to a cliff and watches in surprise as she jumps off it.

This suicide triggers an investigation in which he goes from witness to detective and where everything revolves around the victim, his family and a strange seafaring rite. I’m not going to lie to you: the premise may sound good but this latest installment is the one that has resolved the balance between criminal investigation and thriller the worst.

Nothing new for ‘The Sinner’, which has always played to tell us a story that, if presented in a linear and straightforward way, would be practically uninteresting, knowing that if you add elements of mystery you put the viewer in the pocket. The difference in this case is that when you are halfway through it is already crystal clear that the mystery is a manual macguffin and that what remains to be known is pretty predictable.

‘The Sinner 4’: end with 8 hours of depression

This would even be forgivable if they had been serious about somehow ending the protagonist’s arc. Because the important thing now was to fire Ambrose, finish understanding this destroyed man, respected by everyone except himself. And that part has been denied to us because we left him at a crossroads, as lost as at the beginning. A more direct farewell to the heart and with fewer clichés would have been nice.

For three seasons we have accompanied Ambrose as a policeman, as an addict, as a father, and now as a retiree, much to his chagrin. They try to rescue some previous elements, such as Sonya’s character or the trauma left by Matt Bomer’s character, but they are unable to resolve any conflict.

On the positive side, however, we have a great Frances Fisher, which has a character with enough weight to delight us with a few very intense scenes with Ambrose. The rest of the cast is completed with many competent television faces, highlighting Alice Krembergthe Percy that gives title to this story.

So if you ask me if it’s worth going back to ‘The Sinner’ I would say that, if you’ve seen the previous seasons and liked them, yes, go ahead, although knowing in advance that little new you will find. If, on the other hand, it was never a dish to your liking, there is a lot of catalog to use eight hours of your life.