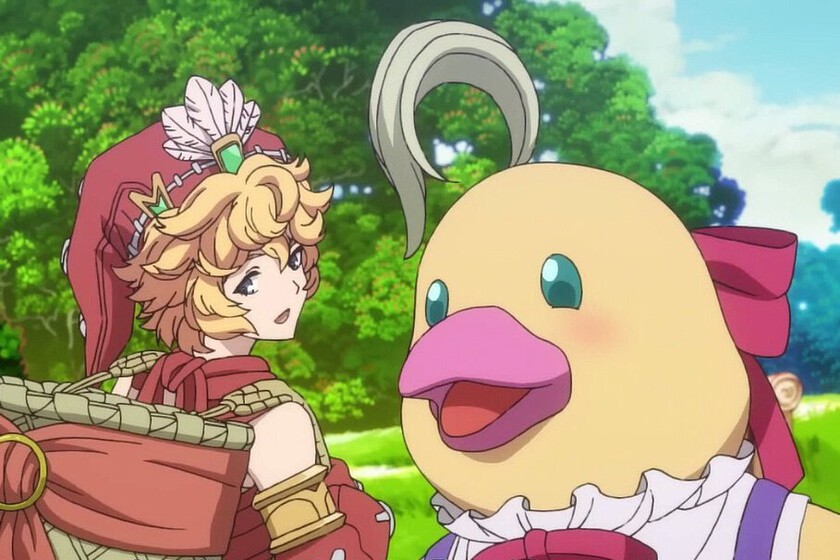 The anime based on ‘Legend of Mana’ has been going on for quite some time and so far we have only been able to see a few small previews of the aesthetics and setting of the series. After the project suffered the odd leak, from Warner Bros. Japan they have finally shared a new, more complete trailer and have also jumped into the pool to confirm when it will begin to air. ‘Legend of Mana: The Teardrop Crystal’.

Another release for fall

More details have been confirmed about the anime of ‘Legend of Mana’including more voice cast members and confirmation that the theme song for the opening sequence will be ‘Tear of Will’ by Saori Hayami.

In addition to performing the theme song, Hayami will also perform seraphine, the counterpart to the main male character, Shiloh. In the video game you had to choose between the two protagonists, but it seems that the two will appear as completely different characters so it is possible that Seraphina has an additional plot separate from Shiloh.

As for the premiere, it seemed that the series was originally going to be part of the summer season but has finally gone headlong into the fall schedule. The specific day for the premiere remains to be set, but it has been confirmed that ‘Legend of Mana: The Teardrop Crystal’ will begin broadcasting in October 2022.

Graphinica and Yokohama Animation Lab They are in charge of the animation of the series, and judging by the first trailer and the images that have been seen, they have achieved an aesthetic and setting that is quite faithful to the spirit of video games. Another point in its favor is that the soundtrack will be composed by Yōko Shimomura, who has previously composed for the franchise, so at least the nostalgic sound is guaranteed. Now it only remains to be seen what surprises history holds for us.

Blink-182 confirms third date in Mexico. When will the presale be and prices?