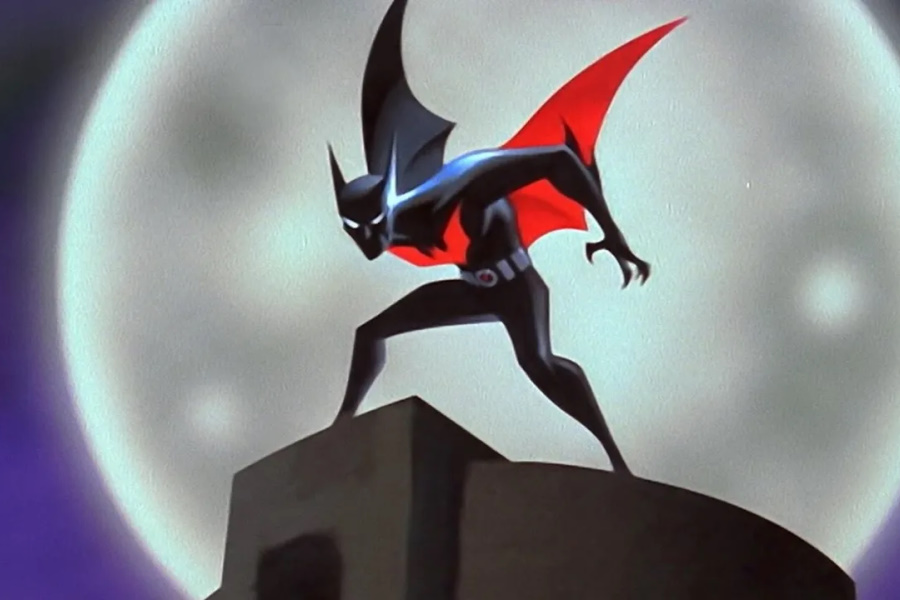 Discover some of the curiosities that surrounded the production of Batman Beyond, one of the most acclaimed animated series by fans

One of the series that gained popularity at the beginning of the 21st century was Batman Beyond, which introduced us to Bruce Wayne as the mentor of Terry McGuinnis as the new Dark Knight.

It may interest you: Fans remember in networks Batman Beyond: Return of the Joker

With 52 episodes and three seasons on the air, the work that surrounded Batman of the Future brought with it several anecdotes and curiosities, as well as projects that remained in the pipeline.

Learn about the curiosities that surrounded the production of Batman: Beyond

Fans began to speculate about the age of Bruce Wayne in Batman Beyond, who was thought to be 70 years old, but Paul Dini finally revealed that this Bruce Wayne is 85 years old, and the series is set 50 years after the development of Batman. : The Animated Series.

The show’s title was not originally Batman Beyond

When the idea arose of Terry McGuinnis as the new Batman, who would be trained by Bruce Wayne, the project was initially known as Batman of Tomorrow.

Warner Bros thought that the name could generate confusion with the preventatives to be recorded, so other names were used until Batman Beyond was found, which in Latin America became known as Batman of the Future.

Bruce Timm was a villain in the series

In animated series it was common for producers or people in charge of the creative process to lend their voices for small roles, and in the case of Bruce Timm it was to lend his voice to a leader of the Jokerz gang.

Timm was never happy with the work of the actor who originally recorded this character, so with the help of Alan Burnett Timm himself recorded a track that he jokingly called the material that will win an Emmy. So good was his work that Timm appeared in more episodes.

Mr Freeze and the macabre cameo that didn’t happen

Some characters from Batman: The Animated Series returned to Batman Beyond, although their appearances were part of the end of their journey, such as Mr. Freeze, who was the protagonist of an episode where he comes back to life crying out for revenge, but this idea was different in your start.

It was planned that in one scene Bruce orders Terry to bring him a drink from the fridge, McGuinnis opens the fridge, and would see Mr. Freeze’s head, which would see the next Batman, before Terry closed the fridge, in a idea that was discarded.

On April 20, 1999, the United States experienced a tragic event when two high school students from Columbine, Colorado perpetrated a massacre that left 12 students and a teacher dead. In addition, 24 other people were injured and three more were injured while trying to escape.

The episode The Last Resort was written in response to this incident, with very crude references directed at adult audiences, but the network asked Paul Dini and Alan Burnett to review the content, which they chose to cancel.

The Columbine massacre also affected the development of the film Batman Beyond: The Return of the Joker, which had to undergo changes in its edition.

Terry McGuinnis’ brother was close to being his Robin

With the development of the Batman Beyond series, the logical step of production was for the second season to give him a partner and who better than Terry’s little brother, Matt, to prepare a new version of Robin.

Despite the enthusiasm, the producers abandoned the idea, so Batman continued as a lone vigilante under the tutelage of Bruce Wayne.

It was thought of a live action movie

The success of Batman Beyond on television led Warner Bros. executives to order the development of a film, so filmmaker Boaz Yakin and the show’s co-creator Alan Burnett worked on early drafts of the script.

The idea contemplated Clin Eastwood as Bruce Wayne, but after the failure of Batman and Robin in 1997, Warner Bros. did not want to take risks and opted for a better reboot of the franchise, which happened in 2005 with Christopher Nolan’s Batman Begins.

Do not miss: Clint Eastwood was close to starring in the failed Batman Beyond

Bruce Wayne’s mission as Batman has only been in action for a year or less, but he knows he’s making a difference. Unfortunately, he has also made some powerful enemies.

All of Gotham’s influential people resent the disturbance Batman has brought to the city…and it seems that one of them has a plan to neutralize him. A second Batman stalks rooftops and alleyways, and he has no problem murdering criminals, live and direct.

Every hit leaves bones broken and every action has consequences beyond Batman’s imagination!

Batwoman and Legends of Tomorrow canceled for this reason

How mutants changed the life of the X-Men ’97 writer