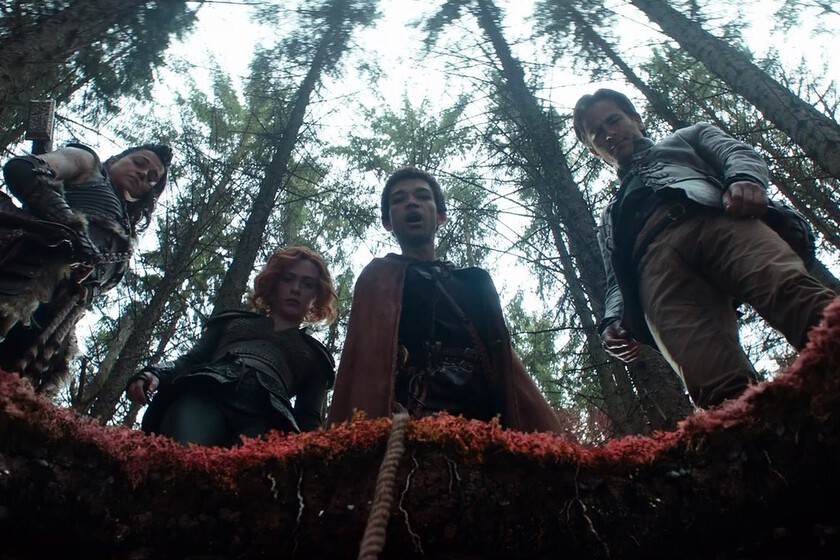 First the animated series, then a movie we’d rather not remember… and now ‘Dungeons & Dragons‘ returns to theaters with a new adventure that promises that this is the good one. For now we have been able to see our group of adventurers surrounded by action and all kinds of enemies, but the truth is that the new trailer for the fantasy film has gone up a notch.

For new and old

The first trailers for the new ‘Dungeons & Dragons’ movie were already quite promising, but the new trailer gets us even deeper into that good dungeon whiff that regular players can expect. And in case we had any doubts… Yes, there will also be dragons.

The countdown to the start of the game has already begun, and we can be ready to assemble our group of adventurers next March 31st. Although enough references to the role-playing game have already been seen, ‘Dungeons & Dragons: Honor Among Thieves‘ is also posed as a fantasy film with humor and action that anyone can enjoy.

The plot centers on a thief who gathers a group of mercenaries to strike a blow together and steal a very valuable relic, although with the disparate personalities of the gang things do not seem to go well. The cast of ‘Dungeons & Dragons: Honor Among Thieves’ is led by Chris Pine, Michelle Rodriguez, Regé-Jean Page, Justice Smith and Hugh Grant.

VIDEO: Carin León reveals the whole truth about the alleged fight between Canelo and Eduin Caz from Grupo Firme

What was its origin and evolution?

William Levy auctions his kisses for more than 28 thousand dollars