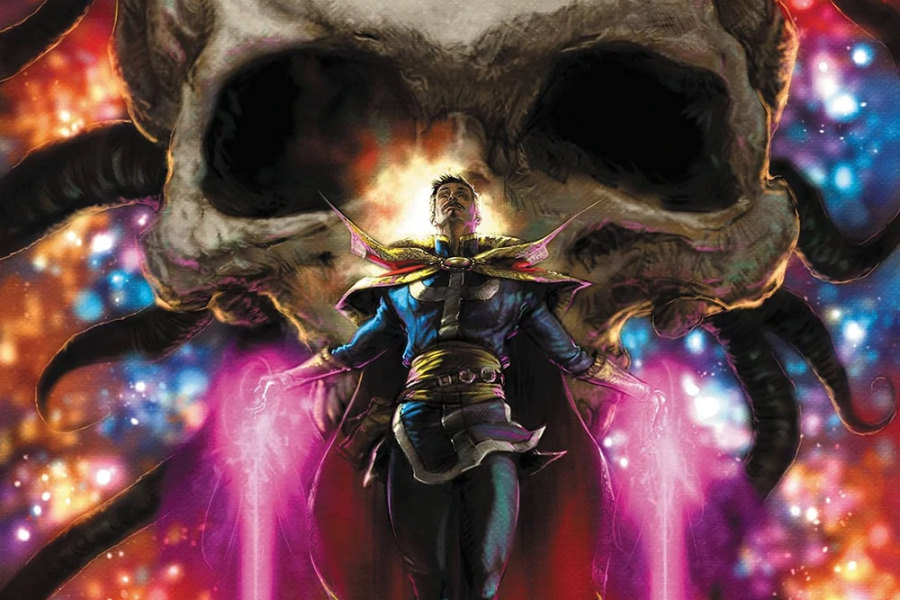 Doctor Strange’s death, only he could end like this

It is not the end

Usually when the title announces the death of a hero, this is usually the climax of the story, however this is not the case.

Here that fact is the beginning, the body and the end of the plot that with a grim romance in the background, exposes what the status of Sorcerer Supreme represents and the personality of Doctor Strange, which still retains much of that arrogance that defined prior to his accident, and that gives full meaning to him being in charge of investigating his own murder.

Do not miss: Loki: The God who fell to Earth – Review and criticism

The butler is always to blame

Such irony gives rise to a passage that travels on a structure in the purest style of Agatha Christine’s mystery novels, giving new nuances to the characters of an extraordinary nature -say the Warlords for example-, by leading them to fit into the different roles that requires the game of suspects and guilty, which ends up offering a stylized update of the features of the subgenre known as sword and sorcery.

Starting with that premise that dictates that “no matter what the end is, the use of magic will always have dark consequences”, which this time is attenuated by combining it with a metaphorical vision of the surgeon’s work and his science, giving it a twist at the final price to pay, with transmutation as a sinister and morbid resource.

The battle to die

This is how the links between the mundane and the supernatural are established within the superhero’s own scenario, extolling the features that define him, and questioning from there the methods and objectives of the protagonist. In the same way, the motivations of his enemy par excellence are resized, whose level of obsession borders on unexpected pathos.

Of course we have impossible and massive battles with the Avengers, the X-Men and the Fantastic Four involved, and that as on other occasions reaches cosmic proportions by leading them to face beings like The Pilgrim Child and their mothers, but completely designed to lead in the field of epic fantasy with a war of masters of the mystic arts at the height of the action.

Only that in this case it is not with the desire to recover a life, but to vindicate the way of dying, freeing love trapped in reproach among fatality.

To escape the cliché

Lee Garbett’s art -Batman: Last Rites (2008), The Ousiders (1983)- with its light vignettes, elegant compositions and certain touches of dreaminess, correctly avoids the gloomy common places in this type of adventure, giving the exact replica on white backgrounds, to the script by Jed MacKay (Daughters Of The Dragon (2018), to deliver one of the most beautiful and melancholic passages of Doctor Strange.

The edition for Mexico includes a brief but substantial art gallery of the characters, as well as a spectacular compilation of the variant covers made by various artists, including Skottie Young -Rocket Raccoon-, whose style has set a trend in recent years.

You can also read: Spider-Man: Sinister Six – Review and Critique

Investigate who is behind the Death of Doctor Strange

The Final Saga of Doctor Strange. He is the master of the mystic arts, the Sorcerer Supreme of Earth. A barrier-man who protects our planet from nightmares, demons, and Warlords that inhabit dimensions beyond our comprehension.

So what happens when Doctor Strange is killed? As his friends mourn and his enemies rage at being deprived of the killing blow, dark forces set their sights on the now unprotected Earth.

The Avengers, the Fantastic Four… All of our mightiest heroes face terrain they know nothing about.

SMASH and Marvel Comics Mexico bring you The Death of Doctor Strange, a volume that compiles the five-part story of Jed MacKay and the strokes of Lee Garbett that you cannot miss.

Do not miss how the special effects were made

Emily Ratajkowski reveals the secret to having an impact body