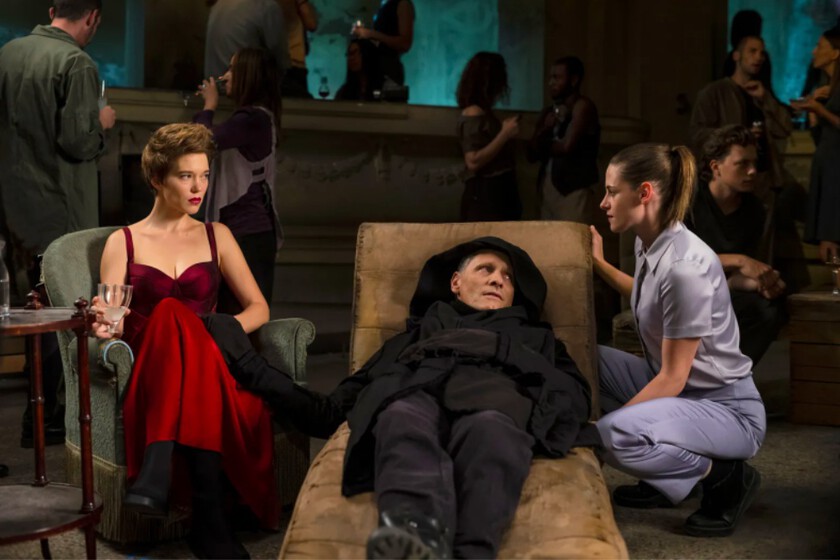 We were talking about George Miller but there is an even more anticipated return at the 75th edition of the Cannes Film Festival: David Cronenberg. The Canadian presents a new film 8 years after ‘Maps to the Stars’ and does so directly in the Official Section for the 6th time. Only with ‘Crash’ has he received an award (Grand Jury Prize) so far.

I don’t think ‘Crimes of the Future’ has a real chance of winning the Palme d’Or, but it would be fair recognition of one of the most influential filmmakers of recent decades. Without going any further, the latest winner of the contest, ‘Titane’ by Julia Ducournau, would not have existed without Cronenberg’s work (a relationship that has bothered Viggo Mortensen).

A remix of Cronenberg’s movies

From its title, ‘Crimes of the Future’, already used by the director in one of his first works, we find a 100% Cronenberg film that recycle your main themes and obsessions. In a way, it is an update of the stories that he has been telling all this time, making it clear that in essence he is still the same creator at almost 80 years old.

The film takes us to a strange and decadent future where humanity has managed to exterminate pain, has greater control over its internal organs and experiments with them as if it were a material for personal and artistic expression. The plot that serves as an excuse to advance the facts is the appearance of a sect that persecutes the evolution of the human being. A shady affair linked to dangerous criminal activity…

It all sounds similar to ideas and stories Cronenberg has pitched before, especially ‘Videodrome’, ‘Naked Lunch’, ‘Crash’ and ‘eXistenZ’ (already an updated version of ‘Videodrome’). But in essence, the Canadian continues to talk about the great theme of his filmography: the transformation of the human being. Here he plays again with the possibilities of the flesh and how, ultimately, these variations cause the creation of a new identity, or even a physical mutation of the individual, as well as the search for new forms of pleasure.

‘Crimes of the Future’: surgery is the new sex

To tell us about his new reflections, the filmmaker repeats for the fourth time with Viggo Mortensen, whom we can already consider an idealized alter ego of the director; by the way, the star embodies a character that seems to be a revision of another he previously did (you’ll find out when you see the film). Along with Mortensen, the names of Lea Seydoux Y Kristen Stewartforming a most stimulating triangle.

The big problem with ‘Crimes of the Future’ is in a script that is too dialogic, redundant and static, which, being accompanied by a somewhat flat staging and a slow narration, suffocates the most interesting visual concepts of Cronenberg, which, as I have already said, is not that it contributes anything really new to what has already been offered previously. I think there is too much talk and no suggestion.

Perhaps the reason is as simple and sad as the natural deterioration of an author who cannot avoid repeating himself. He anticipated that there would be scandal and abandonment in Cannes but I did not see anyone leave his seat. We have seen much stronger things… In any case, and despite the less inspired aspects, ‘Crimes of the Future’ is a perverse and juicy story with the essence of not to go that contains more than enough incentives to enjoy another Cronenberg work. And I imagine that outside the framework of the festival, in a long year of cinema, it may remain one of the most exciting premieres of 2022.