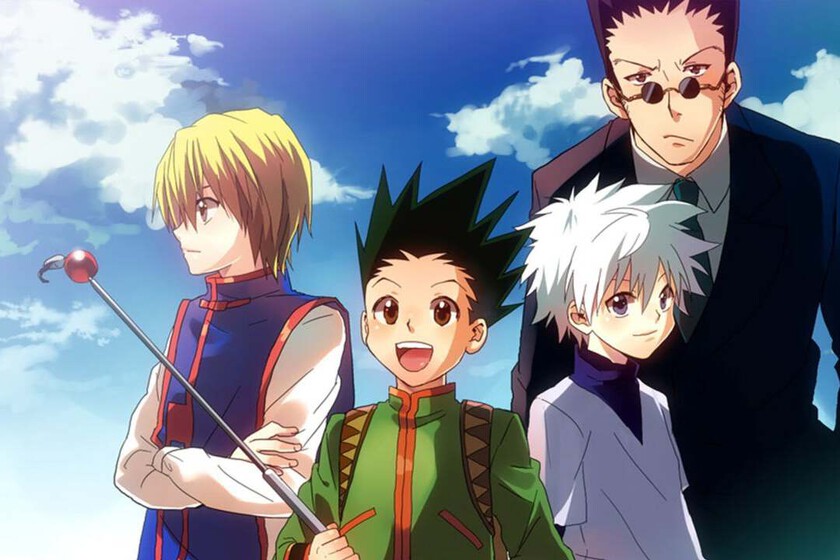 One of the great surprises that May left us was the return of nothing Yoshihiro Togashiwho made a Twitter account and confirmed that he is finally working on more chapters of ‘Hunter x Hunter’.

The last published chapter was 390 in November 2018, and since then the manga has been in a very long indefinite hiatus of almost 1300 days. There is still no specific date for the return of ‘Hunter x Hunter’but the mangaka continues to update his networks with the progress of the new chapters.

A chapter per day

Yoshihiro Togashi He only has his Twitter account for a month and it’s already the most followed manga creator on the social network. Ever since he surprised us by sharing his preview of the new ‘Hunter x Hunter’ chapters, the mangaka has been posting new teasers every day and it seems that he is sketching a new chapter a day.

To date, Togashi has already completed the draft of 19 new chapters, which would already be enough for two compilation volumes. The creator of ‘Hunter x Hunter’ is careful not to share any spoilers and for now only small sketches and character assemblages can be seen in the photographs, but of course he is advancing a lot and very fast with the story.

Now it’s time for the hard part of finishing polishing the pages and getting them ready for publication with the help of his assistants, but it’s certainly good news that he’s being able to draw so much and so often. Togashi suffers from chronic back pain since his days drawing ‘Yū Yū Hakusho’ back in the 90s and over time the situation has led him to take numerous breaks between publication of ‘Hunter x Hunter’which today has practically been on hiatus for longer than being published.

“The worst thing about having back pain is that you can only go to the hospital once it gets a little better,” Togashi said years ago of his condition. “When your pain is a ten on a scale of one to ten, you can’t move your body an inch all night. Being able to sit on the toilet or in a chair is such a joy.”

With these updates it looks like we’re on our way to at least 20 new chapters and hopefully the end of the current arc. It’s still too early to talk about anime too, but if the manga resumes publication at a good pace, it shouldn’t be ruled out that the series continues where it left off or that we even have a movie to adapt the following arcs.

The mangaka has not clarified much about his health, but if he can sit down every day to draw, at least he must be feeling a little better. Now we just have to hope that the streak of good health continues to last and gives us more joy.