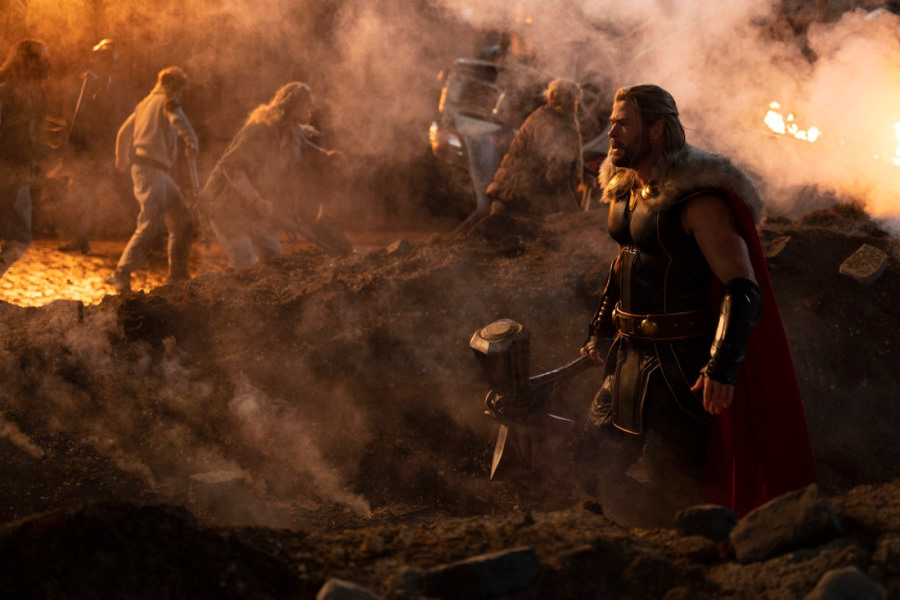 Here’s a list of comic book titles you can read before Thor: Love and Thunder hits the big screen.

The Marvel Cinematic Universe will once again receive Asgardian mythology in Thor: Love and Thunder, the new adventure of the God of Thunder, but before the film is released in theaters, what comics are recommended to read?

Do not miss: War of the Realms would have a great key to Thor: Love and Thunder and the MCU

From the early exploits of the God of Thunder in the Marvel Universe to Janes Foster’s origins as Mighty Thor, the plot of Taika Waititi’s film features more than one story whose impact on comics is prevalent today.

That is why we share a list of comics that we recommend you read before seeing Thor: Love and Thunder on the big screen. You can get all these titles in our online store

The splendor and spectacle await you in the first stories written by Stan Lee and drawn by Jack Kirby about the origin of everyone’s favorite Asgardian.

Discover the great battles against the evil Loki, God of evil and witness the dramatic relationship between doctor Don Blake and nurse Jane Foster.

War of the Realms

All kingdoms have fallen to Malekith and his army except one, Midgard, the home of the humans that Thor loves so much, place of heroes and gods as well.

Unfortunately the allies of the dark elf have begun their invasion and now the Earth is in flames. New York falls into a deep state of chaos with the arrival of the conquering army. Thor finds himself trapped in the land of the Frost Giants and the Earthling forces are overwhelmed.

The biggest crime mystery in Marvel history! Uatu, the enigmatic god of space who observes all humanity from the Moon… He is dead. Who killed the Watcher?

As Nick Fury leads the Marvel heroes on an investigation, other forces gather and other questions arise. Who is Unseen? What was stolen from the Watcher’s lair? Why can’t Thor lift the hammer Mjolnir anymore?

Prepare to see a Thor like you’ve never seen him before as this new heroine takes Midgard by storm!

Cap The Butcher of Gods

In the distant future, the Butcher of Gods enslaved and killed the Asgardian pantheon in its entirety, except for one of its members.

You can also read: Top 5: Thor vs Hulk fights in comics

4 Hair styles that are in trend and you should try

Who is Frog-Man in the comics and who will bring him to life in She-Hulk?

The hidden cameos of two Ms Marvel stars at AvengerCon

14 artisan bakeries in Madrid where you can buy real bread