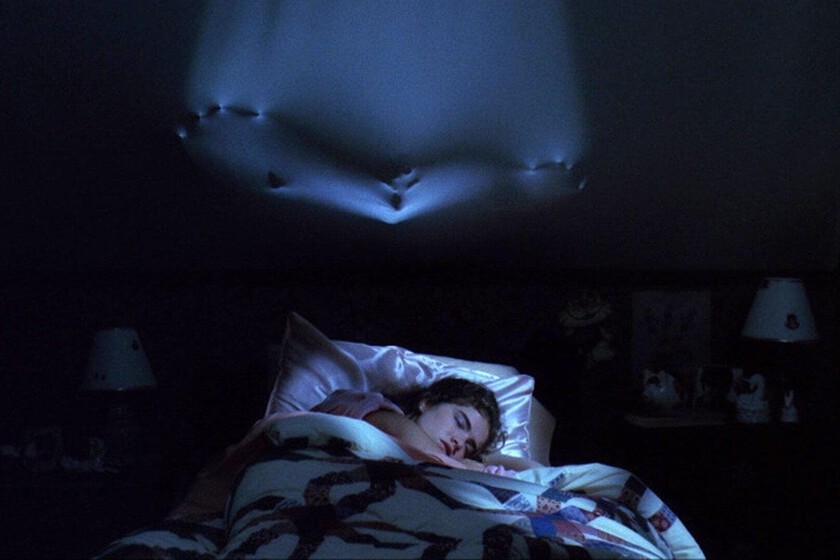 It is not that ‘Stranger Things’ has been a series that has hidden too much how much he references other classics from other times to elaborate his fantastic story, with young people having supernatural adventures. In fact, many times its claim has been precisely how much it evokes other important eighties films within science fiction and terror.

For their fourth season they have thrown the house out the window, at the same time that they have gone head-to-head with one of their greatest influences. One that it also has teenagers in danger from a threat from another reality, messing with your psyche and your perception of reality. That classic is ‘A Nightmare on Elm Street’ by Wes Craven. A tape that we can recover through HBO Max.

If you’ve seen the hit Netflix series, you won’t be surprised by the premise of this movie. A group of young people is threatened by a creepy man with a face burned by fire and a gloved hand with blades simulating elongated nails. But the peculiarity is that this man comes to kill them during their dreams.

This threat is about Freddy Krueger, a former child murderer who was burned alive in a boiler room, and through a strange phenomenon manages to anchor himself in the world of dreams, from which he can threaten new victims. Robert Englund plays this iconic villain who strikes fear into a young cast composed by Heather Langenkamp and a newcomer Johnny Depp, among others.

A successful film, apart from the good work of Craven who does a magnificent exercise in nightmarish atmosphere and violent horror sequences, because of how well conceptualized Krueger’s character is. The threat that haunts you while you sleep, go to bed not knowing you won’t wake up the next dayfeeling that this is a common problem with other adolescents and that adults cannot do anything about it.

Then there is, of course, his gorgeous design, from the colorful sweater and hat to the creepy face and blades. Craven took advantage of real news about people dying in their sleep in Asia to prepare the concept, although aesthetics came to him through his own childhood fearsdrawing inspiration from clawed animals and a gloomy man he thought he saw at the entrance of his house at night.

It is one of the reasons why the film has persisted as a horror film classic and so people like the Duffers have wanted to use it as inspiration – a source to expropriate? – for their great fiction. That is why it is one of the best movies to watch after gobbling up all those hours of teenagers in danger from a powerful villain. You may even be more satisfied with this one.

Woman who was left topless at a concert by Servando and Florentino writes an open letter: ‘The boobs of scandal and the bra waving’

11 sets, pajamas and accessories that we always look for and that are now on sale