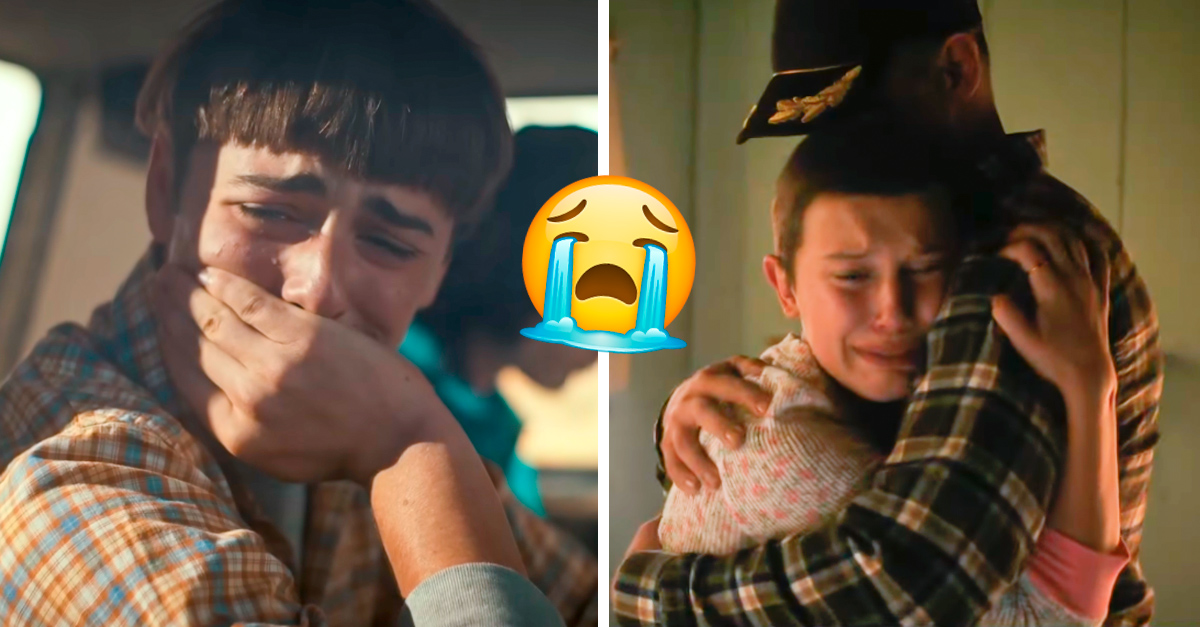 The fourth season of stranger things came to an end and it was so incredible that it will be some time before the echo that shook among the fans fade, especially now that we know that the premiere of the fifth and final installment is scheduled for the distant 2024.

The volume 2, with two episodes that, rather, seemed like feature films, offered us enough material to miss every second of the plot. That’s why we took on the task of collecting the 10 most memorable moments (and full of spoilers) from the second part of the fourth season of stranger things.

For many, the most heartbreaking moment of the series was when Will tries to cheer up Mike, who is desperate because he is convinced that Eleven will leave him sooner or later. The way Will expresses himself about him is a portrait that perfectly matches the description of his personality.

Will tells Mike that he is the heart of the team, but also how someone who is different can sometimes feel like a mistake. Mike obviously doesn’t realize that his best friend is basically confessing her love for him. Also, we finally got to see the drawing that he couldn’t give her when they met again earlier in the season.

2. The most metal concert in history

Eddie Munsen was one of the revelations of the fourth season of stranger things. The new face of Hawkins High School did not survive the gang’s trip to the Upside Downbut had a heroic and glorious farewell, marked by an incredible solo by rock hard of anthology, to the sound of Master of Puppets by Metallica, dedicated to Chrissy.

Another memorable moment starring Eddie. Just before going into battle in the Upside Down, Dustin and Eddie give in to their playful nature and begin chasing each other across the field. This leads Eddie to exclaim, “Never change, Henderson.”

Later, when Eddie is dying in Dustin’s arms, after sacrificing himself to distract the Demobatsthe hero of the gang tells him, “I love you, mate,” a line that wasn’t in the script, but one that Joseph Quinn added and the Duffer brothers decided to keep.

4. Hopper and Joyce finally together

After a long journey, fights, and crash landing, Joyce and the Hawkins sheriff hug and kiss after escaping from the gulag. Joyce, worried about Hopper’s wounds and scars but also attracted to his new muscular physique, reaches out to heal him as he describes his ideal date. In the end, she hugs her and they give us the moment we had been waiting for so long.

Hopper’s supposed death had shaken the residents of Hawkins, especially Joyce and Eleven. Fortunately, a stubborn Joyce manages to bring her lover back home.

When Eleven and Hopper are finally reunited, the heartwarming scene of the embrace between fake father and daughter is a mix of tenderness and laughter, as they both joke about the “ex-con” haircut and gaunt look that unites them.

6. Steve talks about having a family

Nancy and Steve shared several moments while dealing with the latest threat, Vecna. In one of them, Steve confesses that he always dreamed of having a big family, with three girls and three boys to travel across the country in a trailer.

However, it is not until they are in the Upside Down that he confesses the part of his dream that he had omitted: the woman with whom he dreamed all that was her.

The Surfer Boy Pizza team dives into the desert in search of Eleven. Fortunately, they arrive at just the right time to rescue her from the military. Once together, Eleven and Mike embrace in a tender embrace, though Will’s reaction to seeing El alive is far more emotional.

The man who was both Eleven’s father and executioner, Dr. Brenner, ultimately gets what he deserves. The moments before his departure marked an important step forward in Eleven’s evolution, who finally manages to confront him instead of giving in to granting him a pardon.

Unfortunately, Max was unable to escape Vecna’s clutches. Although he dies, Eleven manages to bring her back to life. However, she is immersed in a coma, in which He cannot contact her. Unconscious, Lucas watches over her, waiting for the moment when she wakes up for the “Friday” date they agreed to before her tragic fate.

10. Will’s connection to Vecna ​​is not broken

“Piggyback” ended with a panic-inducing revelation that Will’s connection to Vecna ​​isn’t broken. In the final scene of the season, Will tells Mike that now that he is back in Hawkins he can feel that Vecna ​​is hurt and close!

Tiktoker goes viral for dressing up as Ugly Betty