The Battle of Changjin Lake (2021) review: Spectacular and raunchy propaganda exercise elevated by its sweeping sense of action 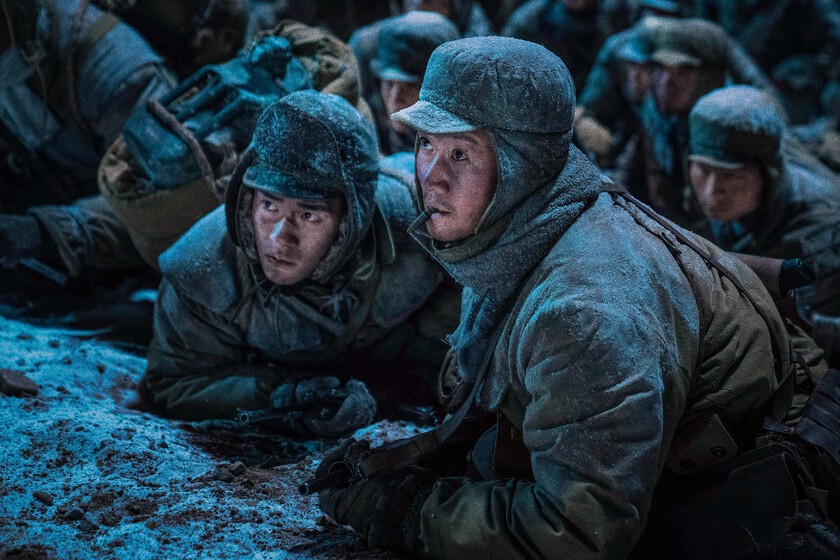 Beyond its artistic will and its ability to move and evade the public, the cinema rises as a ideological weapon tremendously powerful. Since the first steps of the medium, there have been countless regimes and governments that have used the seventh art as propaganda toolresulting in works as disparate as they are fascinating when viewed with the perspective afforded by the passage of time.

Masterpieces that modified the cinematographic language while claiming the Russian revolution as ‘Battleship Potemkin’ of Eisenstein, extraordinary documentaries —discourse apart— such as the National Socialist exaltation of ‘The Triumph of the Will’ by Leni Rifenstahl, Francoist pamphlets such as the ‘Race’ by José Luis Sáenz de Heredia or the series of documentaries by Frank Capra and Anatole Litvak for the Roosevelt administration are just some examples of a practice that seemed to be a thing of the past.

Before entering into evaluations and outlining opinions of any kind, it is necessary to understand the context that revolved around the production of ‘The Battle of Changjin Lake’. The feature film, whose budget is estimated at 200 million dollars, making it the most expensive in the country, was commissioned by the Publicity Department of the Chinese Communist Party on the occasion of the centenary of the creation of the institution.

Despite its nature —and the multiple effects it has on the final result at a dramatic and narrative level—, I cannot deny that I have fully enjoyed the excessive spectacle that it serves on a silver platter; giving away some really awesome action scenes who squeeze every ounce of talent from Kaige, Hark and Lam.

Conceived with tremendous ambition, the massive battles that water the generous footage of the film represent an enviable display of technical and formal muscle, being executed with great precision both at the camera and assembly level that raise the levels of tension to unsuspected levels and stand out by not repressing unexpectedly high levels of violence.

These setpieces serve as a counterpoint to passages of exposition and character development that do not hesitate to embrace the melodramatic, outlining a three-hour set that perfectly measures its times so as not to bore you at any timeand who dedicates a good part of his time to providing a historical context that, without needing to be an expert in the matter, is perceived as quite doubtful.

It is in its portrayal of the Korean War and its look at the warring sides that ‘The Battle of Changjin Lake’ hits slippery ground, leaving moments that oscillate between the embarrassment of others and the almost laughable if they are observed with complicit and conscious eyes. It is no coincidence, for example, that the US Army and its members are represented almost like caricatures and that the first time one of its soldiers appears on screen, he is vomiting because he was seasick on a boat.

Of course, on the other side of the coin, Chinese soldiers are treated with an unbridled sense of heroism, labeled “martyrs” and with an almost sickening relish for contrasting their bordering on pornographic suffering with the “good life.” of his rivals. An assortment of nonsense that borders on the obscene and that, in turn, invite you to think about the hilarious ‘Stolz der Nation’; the fake movie that plays during the last act of Quentin Tarantino’s ‘Inglourious Basterds’.

There is no doubt that, put face to face with some masterpieces of cinematographic propaganda —and even with some of its North American counterparts of recent years— ‘The Battle of Changjin Lake’ pales. However, thanks to its careful action and characters as interesting as their dynamics, this popcorn, ultra-nationalist and pro-war show ends up becoming an astonishing rarity worthy of being enjoyed on the biggest possible screen.

BLACKPINK sang PINK VENOM at MTV VMAs 2022, what awards did it win?