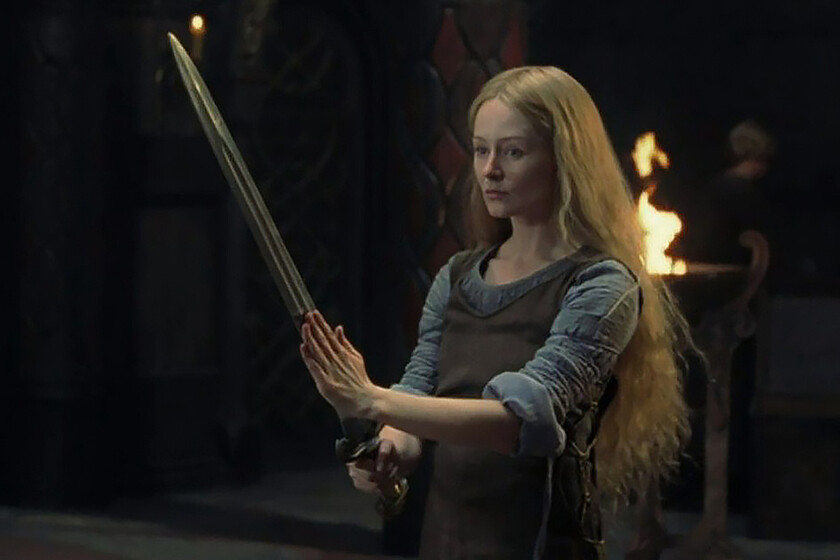 Little by little, more details are revealed about ‘Lord of the Rings: War of the Rohirrim’, a anime movie which will focus on an ancient king of Rohan and an epic battle to defend his lands from enemy attack. Although many details are still under lock and key, the voice cast has finally been confirmed, including to Miranda Otto and the main protagonists.

The animated film will serve as a prequel to the original trilogy by Peter Jackson, and finally from Warner Bros. Animation and New Line Cinema have given more details about this return to Middle Earth. In a report confirmed by Deadline, much of the voice cast for the anime has been confirmed and some new image from the film has also been shown.

One of the most unexpected names and also one of the great bombardments has been that of Brian Cox (‘Succession’), who will voice Helm Hammerhand, the ninth king of Rohan, and Gaia Wise like his daughter Hera. The other great bombshell is that Miranda Otto will return to the franchise again as Éowyn and will serve as the narrator of the story.

Kenji Kamiyama will direct ‘War of the Rohirrim,’ which is set 183 years before Peter Jackson’s trilogy and is canon within the movies’ continuity. The anime film marks the return of several familiar faces from the franchise, including Philippa Boyen as executive producer, creative director richard taylor and to the illustrators Alan Lee and John Howe.

‘War of the Rohirrim’ centers on King Helm and his family as they try to support their people and defend their land from an enemy warlord’s invasion. Phoebe Gittins, Arty Papageorgiou, Jeffrey Addiss and Will Matthews have developed the screenplay for the film based on JRR Tolkien’s ‘The Return of the King’.

Blake Lively takes on a pissed off shark in this electrifying survival from Jaume Collet-Serra that’s about to disappear from Netflix.

Taylor Swift voiced the goats in Thor: Love and Thunder