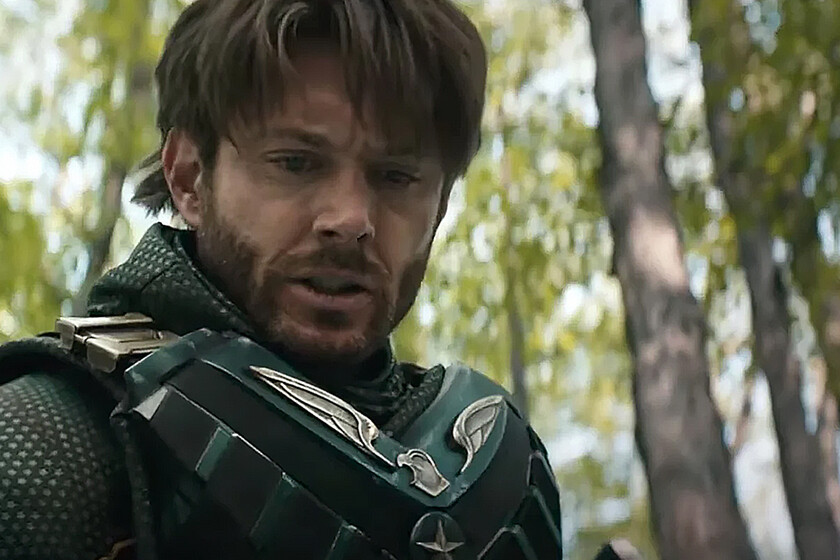 It cannot be denied that ‘The Boys’ is right now the star series of Amazon Prime Video, and this third third season is being even more brutal than the previous ones, since it is not leaving a puppet with a head when it comes to exploring this hyperviolent parody of the world of superheroes.

Unfortunately, with the progress of each week we are getting closer to the end of the season, although we already know that there is a fourth in progress and this seventh episode leaves everything very well on the way and all the pieces where they should be.

Be careful, there are some spoilers of the chapter from here!

The previous chapter finally took us to Herogasm and left us with honey on our lips when we saw how Soldier Boy and Patriot finally saw their faces. The encounter has taken its toll on Vought’s star superherowho is effectively not used to anyone standing up to him, much less leaving him with a souvenir bruise.

If until now we had already seen how Patriota was losing his grip, this episode highlights even more the spiral in which he has gotten himself alone amid taunts and references to the media campaigns of the American extreme right.

In the meantime, Soldier Boy continues his personal quest to get revenge on his former teammates while Butcher and Hughie they try to control him (and his trigger happy) as best they can. Next on the list is Mindstorm, who also leaves Soldier Boy with an interesting revelation that has given us the final twist of the chapter and possibly of the season by confirming that Patriota is his biological son.

still left BlackNoir on the list of pending accounts, although finally this chapter spends some time revealing more about the past of this character. Because the masked hero is definitely the most enigmatic of the Seven and it’s about time to scratch the surface of all the damage he has on him, and he’s revealing himself just as he plays, stringing it together perfectly with the main plot.

Now what remains to be seen if Soldier Boy will end up taking his revenge with a shield blow in the next chapter. The truth is the gum of this arc cannot be extended too much more and it will be necessary to see if the character will be able to contribute something more for the next season or if it will be one of the casualties of this (with wild death included).

The character has a lot of potential and the cliffhanger of this chapter with Patriota has opened a very interesting path, but we will have to see how it develops and if we will end their inevitable confrontation or have a last minute surprise.

Everything stays in the family

Black Noir’s traumas aren’t the only ones we have access to, as much of this chapter of ‘The Boys’ revolves around Butcher’s past. We’ve already seen hints of his relationship with his family, especially his abusive father, but Mindstorm’s powers allow us to fully immerse ourselves in Butcher’s memories of his brother Lenny’s suicide.

In case we had any doubts, Butcher’s traumas and his father’s example have been decisive in making him who he is today, but he is also realizing how he has been corrupting Hughie, who is also sinking deeper and losing his moral axis that characterized him.

The family has become a central theme in this final stretch of the seasonon the one hand with the revelation about Patriota, but also with Frenchie and Kimikowho have become the necessary and most emotional relief in the midst of all the chaos that occurs around them and Mother’s Milk still trying to protect her daughter from the Q-Anon stepfather she has dated.

And no, star light He hasn’t been left out of the action, though for now he remains focused on investigating Compound V and discrediting Homelander and Vought in public. You have to have faith that everything will end up coming together in the last chapter, but yes it is true that right now “The Boys” has all its main characters separated by the board and is juggling too many plots at onceso it is inevitable that not all the protagonists have their moment of glory.

Deciphering ‘The End of Love’

In a micro bikini, María León shows off her rear guard to the fullest while resting on the beach

K-Dramas and movies of the Gwangju Movement, recommendations

European Space Agency reveals the best images of the sun

Rebecca Romijn remembers in networks when she played Mystique

The unexpected comparison of the trio of witches