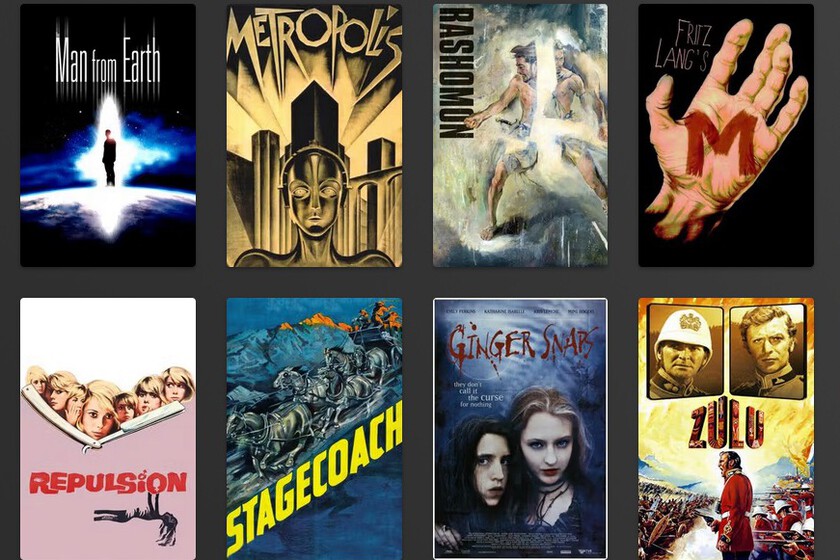 In an environment with so many options when it comes to paid streaming platforms, it is sometimes easy to overlook that there are more options to watch content. Specifically, to watch movies there are several legal and free websitessome of which do not even require registration and have real gems in their catalog.


RTVE’s on-demand television service is perfect for retrieve movies that have been broadcast on their channels. It is not necessary to register (although doing so allows you to download content off-line) and in its catalog we even have notable premieres on TV (‘Downton Abbey’, ‘Dark Waters’), European cinema (‘Portrait of a Woman on Fire’,’ La vida de Adèle’) and Spanish cinema (‘Las Niñas’, ‘O que Arde’, ‘Verano 1993’), among others.

On YouTube it is possible to watch many movies for free and legally, because your copyright has expired. Legally free, on the other hand, is a page that selects all that free YouTube movie catalog for you (so you don’t have to go searching one by one) and orders them by genre. Here you can find classics like ‘Birth of a Nation’, ‘Metropolis’, ‘Rashomon’, ‘Journey to the Moon’, Murnau’s ‘Dawn’…

One of the most practical, Pluto TV allows watch live cinema from the channels that broadcast it or watch it on demand. No need to register and it offers a wide range of titles: ‘The hunt’, ‘Charades’, ‘Nader and Simin, a separation’, ‘Ghost in the Shell’, ‘Sophie’s decision’,…

It is mainly a rental platform but Rakuten TV also has some free movies with ads, once you have registered. Although many are from the back of the catalogue, if you take a look you’ll find more than one interesting: ‘Rec’, ‘El perfume’, the Korean ‘The woman from hell’ or ‘Truman’, to name a few.

Another platform with a wide catalog, in EFilm we find from great classics to animated films, better known films, other more independent ones, etc. Here we find titles like: ’12 Angry Men’, ‘8½’, ‘Raging Bull’, ‘The Boy and the Beast’, ‘The Song of the Sea’, ‘The Great Escape’, ‘How beautiful it is to live!’ , ‘Apartment’…

Tivify several payment plans but also a free one that allows you watch movies aired last week on the different channels it includes: both open (La 1, Antena 3, Telecinco…) and paid (TNT, AXN, SyFy…).

Other platform including streaming tv and also many titles of cinema on demand, yes, with ads and subtitles in English. Some of the ones you can find on Plex TV are ‘M: the Vampire of Düsseldorf’, ‘Repulsion’, ‘Stagecoach’, ‘Nosferatu’, ‘Late Spring’, ‘The Woman in the Painting’…

Lastly, the anime fans surely you know Crunchyroll, a platform that has a paid version that saves you advertising, although it can also be viewed for free. The vast majority of its catalog are series but it has a couple of hidden movies (in fact, there isn’t even a movie category as such), such as ‘Book Girl’ (‘Bungaku Shojo’), ‘For whom the alchemist exists’, ‘Peace Maker Kurogane’, ‘Yes, No or Maybe?’, ‘Hakubo’ or ‘Strait Jacket’.

schedules in Mexico and where to watch the F1 race

the before and after of the influencer’s hairstyle

They blame Shakira for Pique’s infidelity, for neglecting him