The 14 best films of the 2022 Cannes Film Festival 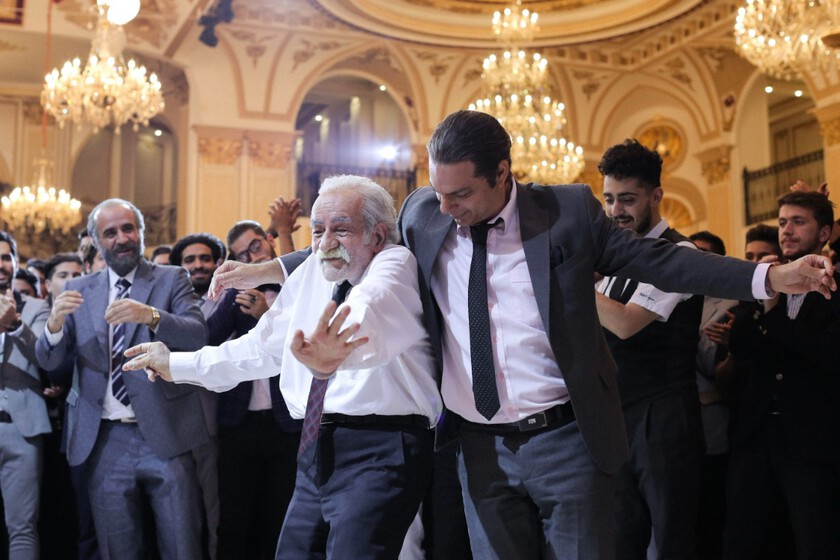 The Cannes Film Festival closed its doors yesterday with the awards gala for the Official Section, announcing the favorite titles of the jury led by Vincent Lindon. I share some decisions but I would have changed some names for others so I am going to leave you my own selection; the best movies that I saw in the most prestigious competition in the world.

Before going directly to the list, I would like to leave a couple of notes. First of all, about the films: the 75th edition has left a wonderful crop of films, perhaps less than last year, but when reviewing the 38 movies I’ve watched in 11 days I have confirmed that almost all of them had something interesting and I am glad I discovered them.

I would also say that it is too soon to really appreciate what Cannes 2022 has offered. And this applies to cinema in general, maybe we are judging too fast. Especially when covering a festival, we have made it our duty to share our reactions with the world as soon as possible. We may have only scratched the surface, that fatigue or stress affects concentration, or reflection, so any assessment should be made and received considering the circumstances.

At the end of the year, when everything that has been seen settles down, is revised, can be compared with the rest of the premieres, we will be able to have a clearer perspective of what this Cannes has offered us. On the other hand, I understand that the organizers are interested in bringing together as many feature films as possible, but the show is crazyit hurts to lose promising proposals because the sessions are stepped on, there are competition screenings that end very late, they send us to small theaters or those accessible by bus, and for some films there are only a couple of screenings.

In these times I think that such a big festival should have an online platform so that the press can carry out their work without losing their minds trying to fit all the sessions, at least as an exceptional resource (because we all want to enjoy films in a cinema). Luckily, the ticket system makes it easy to cover and has worked quite well after dealing with a crisis in the first few days.

Finally, a feeling that I am having regarding the public: sometimes I wonder if the pandemic has left worse spectators. I am noticing a growing lack of respect for the seventh art, gaining importance the voice of the customer and their immediate satisfaction. Perhaps this starts from the industry itself, from the mass sale of content. The truth is that even in a temple for film lovers, as Cannes is supposed to be, you notice deeply rude attitudesboth in the room and later when commenting on what has been seen.

And that’s it. After my sheet of a Spanish critic with blue accreditation who is still trying to get back to normality, let’s go with the list.

A detective obsessed with the suspect of a crime, both begin a relationship doomed to disaster… An exquisite cocktail of criminal thriller mixed with romantic melodrama. Park received a fair award for best direction.

A group of superheroes, forced to take a break to regain their team spirit, tell each other scary stories. A wonderful wacky comedy, 100% Dupieux.

A student is forced to work as a spy for his corrupt government, leading a duel of wits to life or death. Formidable thriller that maintains tension until the end while offering a crude portrait of the situation in Egypt.

The drama of two young immigrants abandoned to their fate who must collect a large sum of money in a short time if they want to survive together. Exciting and very hard, the best of the Dardennes in years.

A couple of models embark on a luxury yacht and try to define their relationship while experiencing how the upper class has fun… until the party is over. Devastating comedy about human stupidity in modern times with which Östlund has won his second Palme d’Or.

A journalist on the hunt for a serial killer who kills prostitutes and who seems to have the permissiveness of the authorities. Stylish and devastating thriller that has received the award for best actress.

Investigators try to crack down on the illegal baby trade while following criminals who are naturally starting a family of their own. A beautiful story full of sensitivity that won the award for best actor.

The epic journey of a Danish priest through Iceland, carrying a photographic equipment and the responsibility of being the spiritual guide of a people with whom he does not even know how to communicate. One of the most impressive and beautiful films of the festival, although I warn you that it requires patience (its 138′ pass quite calmly).

The financial crisis of a country anchored in the past, seen through a family divided between respect for tradition and common sense. A great cast and a skillful narrative make the almost 3 hours of duration not matter. It hooks and has memorable moments.

The strange story of a woman obsessed with being the wife of the Russian genius and all the obstacles she must overcome, especially when the composer asks for a divorce. Serebrennikov’s inventive narration is a delight and he achieves brilliant sequences by capturing his protagonist’s descent into madness.

A French couple moves to a Galician town to start a quiet life in the countryside, but a decision confronts them in an unexpectedly violent way with their neighbors. Sorogoyen relies on a terrific cast to create a country thriller with echoes of Peckinpah and unbearable tension. Very powerful.

Sick of Myself (Un Certain Regard)

A girl obsessed with grabbing the attention and love of everyone around her gets into an incredible mess when her boyfriend starts to have some success. The decisions of this terrible couple are as insane as they are hilarious. Kristine Kujath Thorp creates an unforgettable character.

The Stranger (Un Certain Regard)

A policeman obsessed with the case of a missing child believes he has found the person responsible and must gain his trust to make him talk. A powerful thriller that bets everything on its haunting atmosphere and exhilarating acting duo starring Edgerton and Harris as two lone predators on opposite sides of the law.

Three thousand years waiting for you (Official Section out of competition)

An expert in the art of storytelling discovers a real genie of the lamp who offers to grant her three wishes. Miller relies on ‘The Thousand and One Nights’ and two great actors to develop a beautiful fantastic story that claims the value of the story.