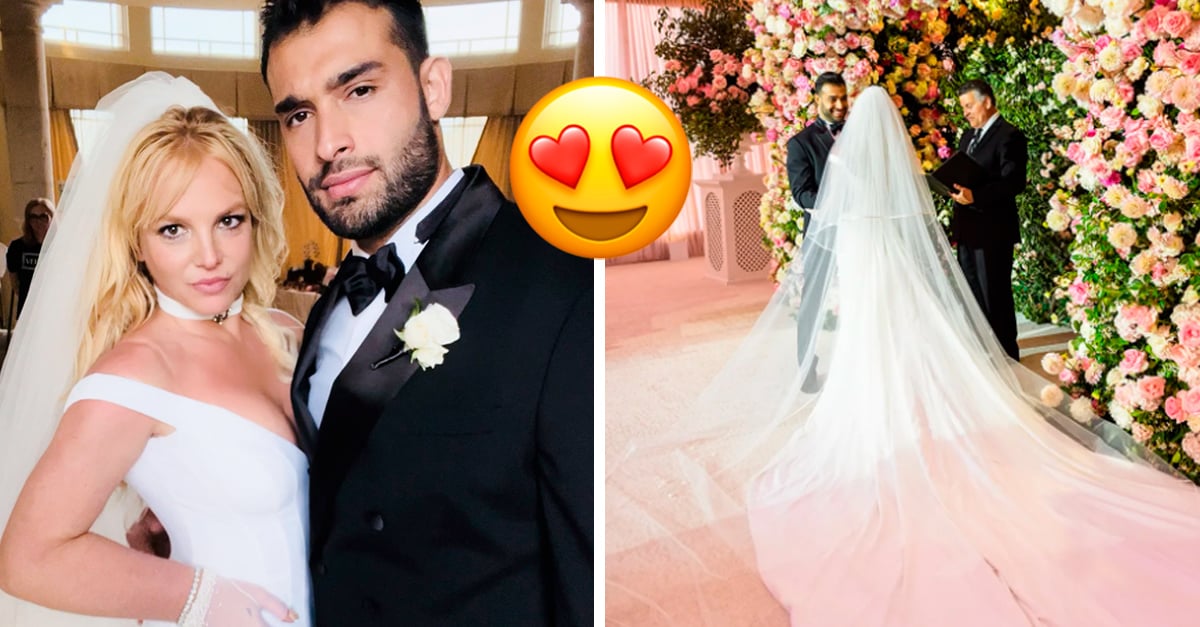 At last! Britney Spears and Sam Asghari sealed their love at the altar. The couple swore love through thick and thin in front of no more than 100 guests and in the middle of a private ceremony that took place at the singer’s home, located in Thousand Oaks, Los Angeles, California, United States.

The princess of pop met the actor and trainer in October 2016 on the set of her music video. Slumber Party. Sam was chosen as her love interest for the video clip. However, her gallantry ended up winning over the singer beyond the screen.

Britney and Sam made their relationship official on Instagram on New Year’s Day 2017. They have since made several exercise videos together. In addition, Sam has publicly supported her in each of her decisions and even celebrated when the singer regained her freedom and independence.

The couple got engaged in September 2021. Sam proposed to the singer with a classic diamond ring. In April 2022, they shared that she was expecting their first child together, but sadly, a month later they reported that Britney had miscarried.

Despite the obstacles and disappointments, the couple continued with their wedding plans and just arrived at the altar in the middle of a private ceremony and in the company of no more than 100 guests, including close friends and family.

Britney arrived in a princess-style carriage

Her dress is literally fit for a princess.

The singer dazzled with a diamond necklace

Versace sneakers and elegance when walking

His invitations were a pure poem

Together through thick and thin

The party time was amazing

The couple did not stop celebrating

Britney has started her fairy tale!