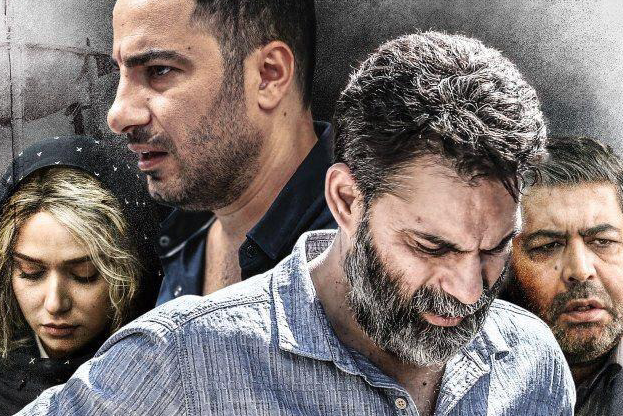 It may be due to age, a gradual change in tastes and preferences or the feeling of incipient saturation, but every time I am verifying that the gigantic machinery of Hollywood with which I grew up —and that I still adore, despite everything — is being overshadowed by the work of other industriesa priori, more modest, in my annual lists of top films and pleasant discoveries.

Titles such as the suffocating Mexican dystopia ‘New order’ by Michel Franco, the brilliant Danish policeman with a seventies soul ‘Shorta. The Weight of the Law’ or the also Danish ‘Horsemen of Justice’ by Anders Thomas Jensen have become three of the most pleasant recent cinematographic surprises; and this 2022, unexpected joy has come from Iran… three years late.

And it is that ‘Tehran law’which lands in Spanish theaters after its prolific festival tour in 2019, gives us in its tight 135 minutes one of those slow-cooked thrillers in which the atmosphere, almost unbreathable, becomes one more character and rounds off the one who, without doubt, it is one of the releases of the year.

The first sequence of ‘La ley de Tehrán’, like any good opening worth its salt, makes it clear that we are before a special feature film, ambitious and endowed with great depth. In it, a foot chase, shot with a pulse and without effects that divert attention, culminates with a symbolic image that perfectly summarizes the theses of the film and serves as preparation for a truly devastating experience.

Because this —pen— latest work by director and screenwriter Saeed Roustayi finds the greatest of its multiple virtues not only in his corrosive and arid look at the Iranian judicial and police system, but also in an analysis of the gears that move a devastating social fabric. A wheel that turns with no apparent option to divert and that is portrayed crudely and with an aura of priceless realism.

If there is one thing that captivates about Roustayi’s perspective on the subject, it is the almost total absence of a moral compass throughout the footage; decision that accentuates even more if possible the not necessarily pleasant sensations that the film transmits. A risky move that raises the whole after its magnificent 180º narrative to change its perspective and articulate an impossible empathy game on the least expected character.

It is from that point on that ‘Tehran’s law’ takes on a new dimension and extracts authentic gold from its great secret weapon: a prodigious use of the word. Because, beyond the superb production, the handling of the camera and the cunning economy of editing, the sharp and devastating dialogues stand out as the true engine of the narrative and as a sample of dramaturgy worthy of study.

Ultimately, they are the visceral interpretations by Payman Maadi, Houman Kiai and, above all, Navid Mohammadzadeh, who make ‘The Law of Tehran’ worthy of the label of “jewel” by turning words into blunt weapons and shooting up tension levels in such a complicated exercise to digest as masterful in cinematographic terms.

They paint underpants to the statue of Benito Juárez in Cuernavaca