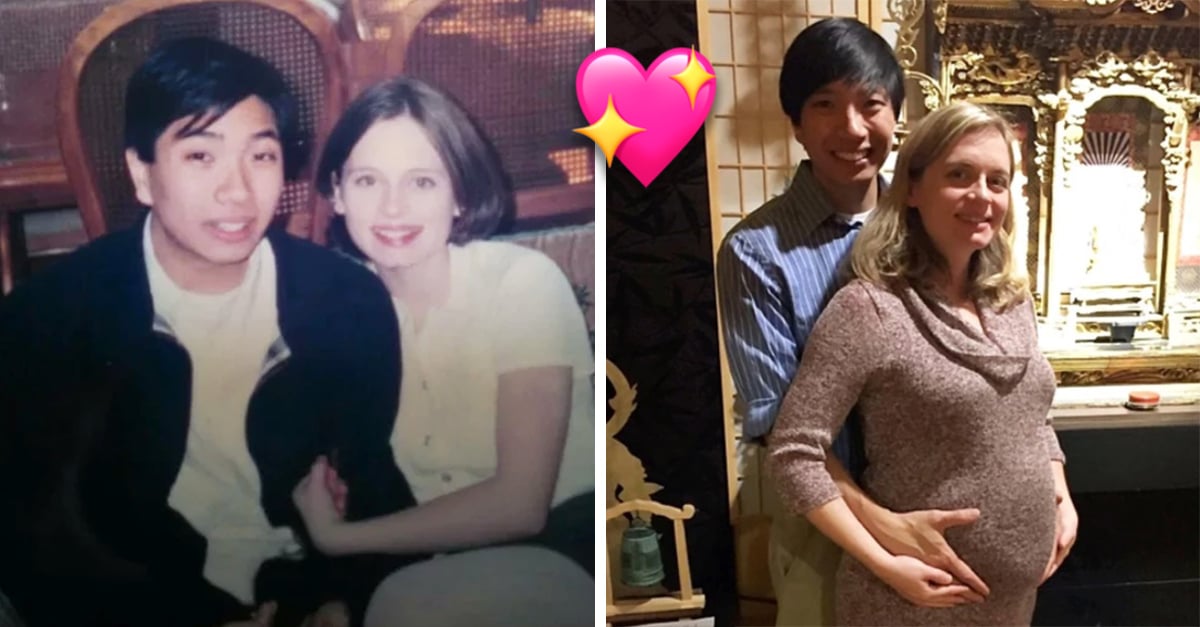 If there is something that most people will never forget, it is their first love, the one that moves them in a unique way and that, for better or worse, will always be present in their memory. It doesn’t matter who you love later, or how you change over time; your first love will always be the first, for the rest of your life.

Tam Olivia Mai are living proof that where there was fire, ashes remain. They were sweethearts in adolescence and met again after being separated for 16 years; now, they are happily married with a son.

Love was born between Olivia and Tam when they were 14 and 16 years old, respectively, in 1995 during a party of their school’s chemistry club. Their happy courtship lasted three years, until Tam had to move to study at the University of Georgia, thus ending the relationship.

Both continued with their lives, went out with other people, but the first love is the first, and they never stopped thinking about each other. Olivia even got married, but their marriage didn’t work out and she got divorced in 2014.

But she was not willing to close the door on love, and less so the one she lived in her adolescence and could never overcome, so she decided to look for Tam in Facebook And, it was then that spark of love resurfaced from the ashes.

We had a wonderful relationship at the time, but he was the right person at the wrong time. I never thought it would be possible to get back together. But as soon as my marriage ended, I approached him and for a long time we talked about everything.

Just three months after meeting again and chatting like old times, Tam decided to move from Atlanta to California to be with Olivia. They were convinced that it was true love, and they did not want to wait any longer, so in April 2015 they got engaged.

Months later, in October 2015, they got married, and later, in January 106, they welcomed a little boy named Alex. Oh! the love!

She gets pregnant with her two babies five days apart

Thor will not be replaced by Jane Foster