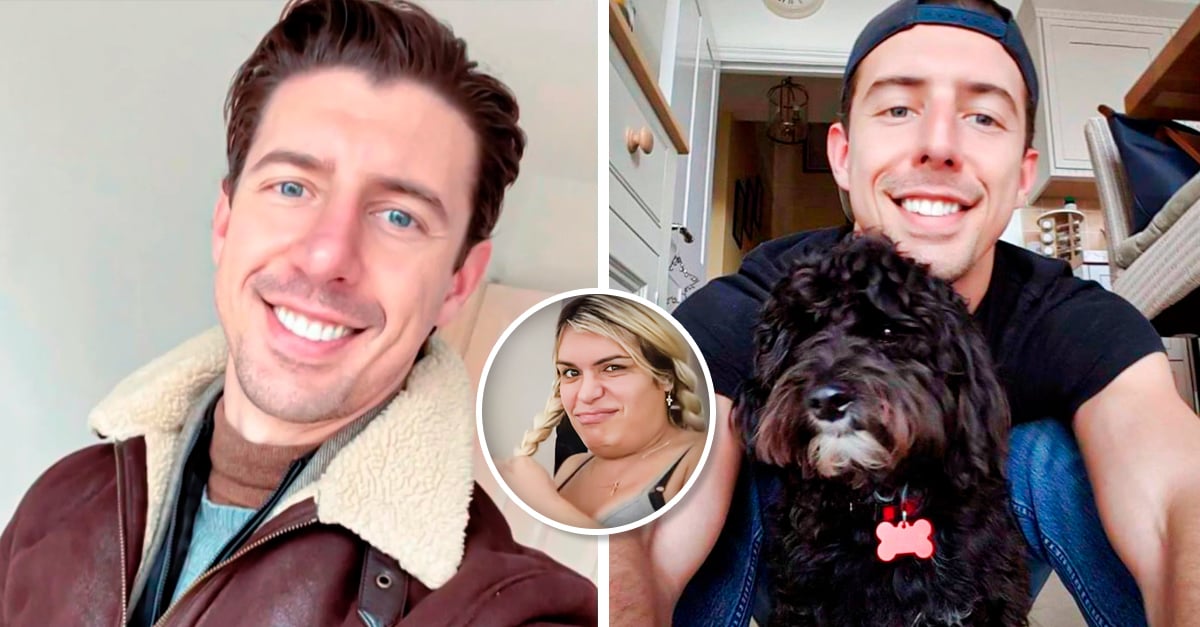 Today having a love relationship is quite complicated, since infidelity, jealousy and lies are some of the causes that cause some of the people to be hurt and disappointed in love and, therefore, prefer to be single and don’t open your heart to someone else.

But everything seems to indicate that these arguments are not the reason why this man remains single, since he assures that his problem is due to the fact that he is too attractive and perfect for girls, which makes him unattainable for them.

The egocentric protagonist of this viral story is Callum Flanagan, a 32-year-old math teacher from the city of Windsor, in England, who claims to have been without a partner for six years because his attractive appearance gets in the way of the dates he gets through his account on Tinder.

My appearance tends to dominate on dates. I’m often asked if I’m real, which probably sounds a bit arrogant, but I think it’s more indicative of what most women expect from men these days.

Flanagan commented that during dates, the women he has met are often surprised and come to believe that he is lying to them, since it seems impossible to them that in addition to being handsome and well groomed, he has a good job, self-confidence and that he is respectful, which makes them believe that he is a dream boy.

Aware that it is much better to meet the girls in person, the man assured that he resorted to the apps dating due to working long hours. Although it is not only her beauty that has caused controversy in women, but she also says that they often think that she steals photos of other men and pretends to be them, but she assures that her profile is completely real. .

People say ‘You’re so handsome, too good to be true’ or ask ‘Are you real?’ You can only express so much of your personality through an app, there is no depth. I have quite a few photos but no biography, which I imagine is quite disconcerting for women. They must think I’m fake.

Flanagan’s longest relationship lasted six months and although some of her friends tried to set him up with a couple of blind dates, he realized that it wasn’t for him. So he decided to join dating apps, where he still hopes to find love.

During their dates, the girls ask him if the reason he is still single is because he is very demanding or fussy, to which he says no, although he respects each other and decides to take things easy.

I used to get frustrated with apps, but now I realize they reflect a changing world. We bank online, we shop online, why shouldn’t we have online dating too?

Given the comments he has received that he sounds very arrogant and narcissistic regarding his physical appearance, he assured that he will continue to publish his photos in the gym and without a shirt on the beach, since it is important for him to look and feel good.

It’s important to Flanagan to show that he takes care of himself because his profession associates him with being older, miserable, bored, and even sloppy-looking, since teachers work long hours.

I’m not saying there’s a stigma, but it can be quite disturbing when I tell women that I’m a math teacher. They don’t really know how to take it. Combined with my appearance, many of them think something is wrong.

Teacher is fired for not using neutral pronouns

“We didn’t have a single euro in the account”

‘Velma’ (2023), review: She makes the mistake of thinking she’s too smart: her aspiration to be a teenage animated ‘Scream’ without Scooby-Doo doesn’t work

A human calculator? Child surprises in networks for her abilities with mathematics. Real or fake?

The rings of power’ promises the return of Sauron

Marc Anthony: How much is the singer’s fortune?

BLACKPINK preferred not to sleep to see BLINK in Inkigayo

She-Hulk was played in the last chapter by an actor!